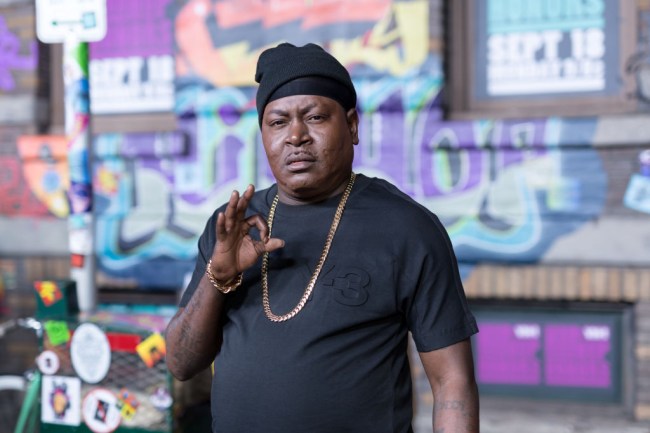 Trick Daddy was arrested early Saturday morning in Miami for DUI and cocaine possession. First off, the question that is on everybody’s mind is: “Cocaine is illegal in Miami?” Apparently, the answer is “yes.” Who knew?

Police allegedly caught Trick Daddy running multiple red lights and he smashed into street signs while driving his Range Rover. Police officers pulled over the legendary Miami rapper and they said Trick Daddy “appeared to be asleep behind the wheel.”

The rapper told cops that he was on his way to take someone home and had just left a club in Miami Gardens where he had consumed about five alcoholic drinks. How plastered is the person who thought it was a good idea to have a drunk Trick Daddy be their Uber?

Officers noticed that Trick Daddy had bloodshot eyes and slurred speech so they asked him to do field sobriety tests. He failed and refused to a breathalyzer test. He was arrested and taken to the Hammocks District Police Station.

While he was being booked into jail, authorities found a dollar bill with what they believed to be cocaine residue on it. The Miami rapper was charged with driving under the influence and cocaine possession, and his bond was set at $6,000 for both charges ($5,000 for the DUI and $1,000 for the coke).

Most hip-hop fans were not surprised by Trick Daddy’s cocaine arrest, but were taken aback by the rapper’s mugshot, especially his haircut.

All of the elite barbers in Dade County and y’all got Trick Daddy out here like this? Y’all are wrong! https://t.co/FdCGtAsJ5V

Looks like that hairline is also running from the law 😳

I’m convinced Trina is not a good friend because if she was, sis would not have let Trick Daddy walk out the house looking like this 👀 pic.twitter.com/7yDRDhczU7

Did he get arrested mid haircut?

The Police need to find Trick Daddy barber and bring him up on charges as well. 😫

We all know that Trick love the kids, but Trick also love the cocaine. In 1993, Trick Daddy, whose real name is Maurice Samuel Young, was convicted of cocaine possession, carrying a concealed weapon, and violating probation. He served 15 months in Florida state prison for his crimes.

Then in 2003, the rapper pleaded guilty to cocaine and weapons charges, but received probation. On April 3, 2014, Trick Daddy was arrested at his home in Miramar, Florida, after police targeted his home as a grow house. Young was charged with possession of cocaine, possession of a firearm and ammunition by a convicted felon, and driving with a suspended license.