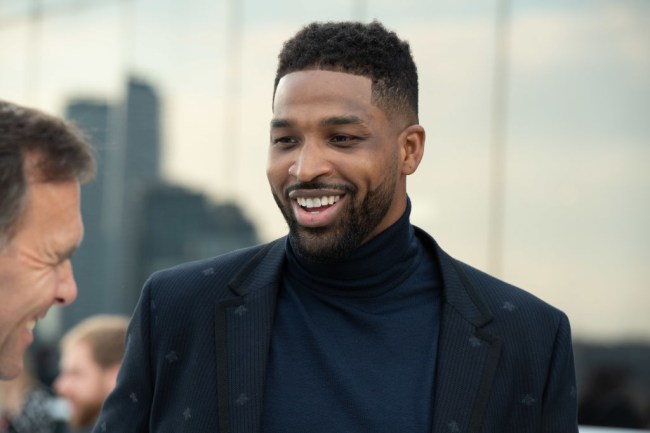 After Tristan Thompson was caught on video kissing two women just days before his wife was to give birth to their child, the 27-year-old Cavs forward reportedly told Khloe Kardashian that he cheated because he felt pressure from his NBA peers, who all operate under the unwritten rule of ‘don’t ask, don’t tell.’ Just a wild excuse, and right then the two should have recognized that monogamy is just not in the cards for them.

We are literally ‘just the tip’ into the NBA season and reports are already coming out about Thompson’s promiscuity. According to Radar Online, Thompson was bagged canoodling with two women before his first NBA game Wednesday against the Raptors.

“The Cavs may have lost the first game of the season but Tristan definitely won! He brought two hometown chicks who he’s known for years to the game,” a source close to the power forward told Radar.

“He was back in the private players area chopping it up, laughing and touching their a**es and everything. Basketball season is like a year long bachelor party and club scene for Tristan,” the source added. “He literally has a girl or two in every city!”

I’m not trying to victim shame here, but if Khloe really wants something that resembles a strong monogamist relationship, maybe don’t date an NBA player in his 20s that looks like a Calvin Klein model. Date a fucking accountant at Liberty Mutual who will bring you “Just Because” flowers and give you oral sex on his birthday. All Tristan Thompson is doing is using his fame for selfish reasons. If anyone should understand that, it’s Khloe.

Here’s a photo of Tristan on his birthday party about to blow out the candles and making a wish that Khloe doesn’t find out about the cocktail waitress he did the no-pants dance with in the bathroom 8 minutes before. 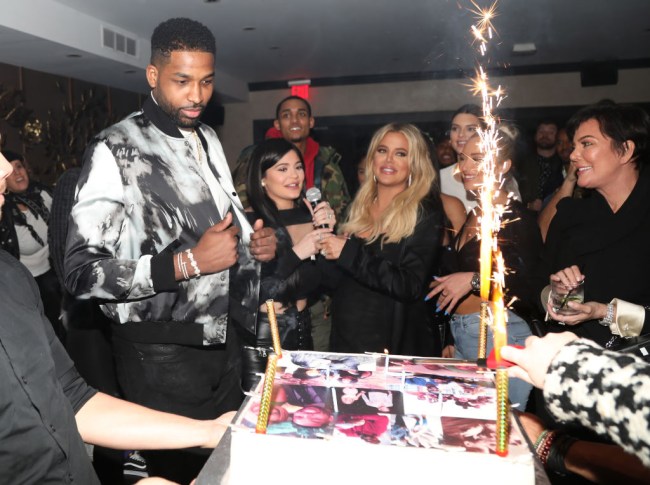