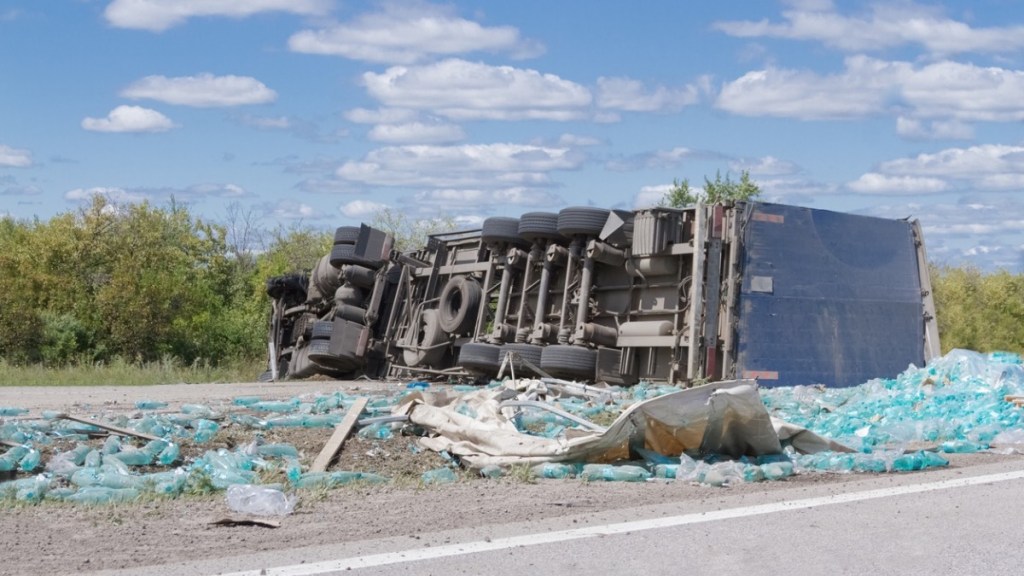 It’s been a weird couple of days for highway crashes in the USA. First, over 150,000 tomatoes spilled out onto a highway in Vacaville, California between the Bay Area and Sacramento. Then a few hours later and on the other side of the country, a truck carrying Alfredo Sauce spilled over in Memphis, TN and covered the highway in pasta sauce.

Naturally, the Internet had jokes. Not because there were crashes, but because there was an unimaginable amount of Alfred Sauce spilled onto a highway. We’re talking so much sauce that it could probably be smelled from 50 miles away.

First: A Semi-Truck Full Of 150,000 Tomatoes Spills In California

A spillage of that scale on the highway is enough to set the Internet off with jokes but the day didn’t stop there. Just a few short hours later, a semi-truck on the other side of the country crashed. This time the truck was carrying an entire haul of alfredo sauce.

It’s a saucy situation – I-55 NB near Exit 11 is closed while crews clean up the Alfredo sauce fro the highway. #IsaidwhatIsaid #PlanAhead
👇🏼Seek an alternate route👇🏼 pic.twitter.com/AE8MPUkjpb

One Twitter user chimed in with “Is it from Alfredo’s Pizza Cafe or Pizza by Alfredo? Cause there is a difference in both in quality of ingredients and overall taste.”

Is it from Alfredo's Pizza Cafe or Pizza by Alfredo? Cause there is a difference in both in quality of ingredients and overall taste.

We finally have the answer to this: all of them.

If a big-rig truck carrying 150,000 tomatoes is travelling down the Interstate at 70 mph and it collides with another vehicle travelling at 80 mph. How many tomatoes will be crushed?

Two trucks crashing carrying pasta ingredients is absolutely a scene from a Looney Tunes cartoon. Without even looking it up, I’m 100% confident it’s happened before.

If you are a trucker carrying pesto sauce across the United States you need to get off the road right now. Final Pastanation is upon us, it isn’t safe out there pic.twitter.com/CpxnC0O0TD

This man’s been sitting on this meme for years and it’s finally proved worthwhile. Kinda like that piece of wood that’s been sitting in your garage for years that you’ll probably never use but maybe you will so you can’t throw it away.

Been waiting my whole life for this moment… pic.twitter.com/arYBbHbmi5