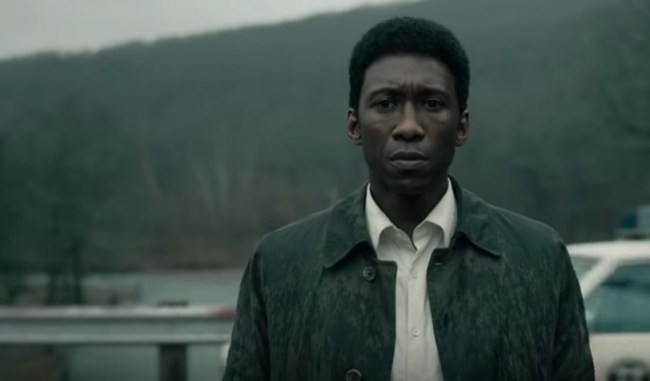 The initial trailers for Season 3 of HBO’s True Detective almost guarantee that the show will bounce back from a Season 2 sophomore slump that can best be described by Rusty Cohle:

Academy Award-winning actor Mahershala Ali will star as Wayne Hays, a state police detective from northwest Arkansas tasked with solving the grisly abduction of two missing children in the heart of the Ozarks. Ali will be playing alongside co-star Stephen Dorf, who will playing his police partner. Like Season 1, the new season will also take place over three time periods, with Ali’s character viewing the case from different points in his life.

Creator and producer Nic Pizzolatto returns as the writer of the anthology crime drama and is joined by David Milch, who worked on Deadwood and other crime dramas such as NYPD Blue, Hill Street Blues, and Brooklyn South.

The second official trailer has been released and features a gritty aesthetic that made True Detective a cultural phenomenon when it first aired back in 2014.