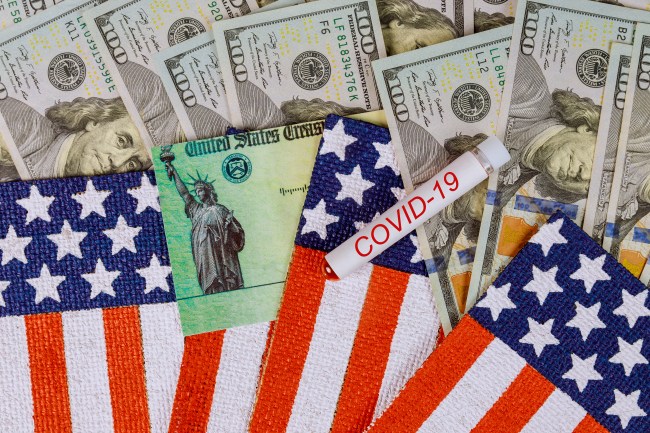 Another four-figure stimulus check in the pockets of millions of Americans can only help President Trump’s chances at re-election, and no one knows this better than the man himself.

The Washington Post reported on Tuesday, citing three sources familiar with the administration’s internal deliberations, that the President supports sending Americans another round of stimulus checks, and he confirmed this to Scripps political editor Joe St. George on Monday.

VIDEO: President Trump commits to 2nd stimulus. He says details would be announced in the coming weeks. The President would not tell me how much of a check Americans will receive. pic.twitter.com/Abd5E8P3Au

“We will be doing another stimulus package, it will be very good, very generous,” the president told Scripps Networks on Monday, adding that the bipartisan measure would probably come “over the next couple of weeks.”

When asked by Washington correspondent Joe St. George how much money people will receive with the next stimulus bill, Trump said, “You’ll find out about it,” The Denver Channel reported. [via NY Post]

This is the first affirmative declaration Trump has made about the second wave of stimulus checks, with the Democrats including another wave of $1,200 direct payments in the $3 trillion HEROES Act spending package the House of Representatives narrowly approved on May 16. On May 29, Senate Majority Leader Mitch McConnell claimed that the Senate needs “about a month” to reach the final decision, but it is expected to be rejected by the Republican constituency in the chamber.

It is widely believed that the second stimulus package, whatever its makeup, will be a replica of the first (CARES ACT)—$1,200 dollars per adult taxpayer with an additional $500 for dependent children. But, this could be increased to $1,200 per child under a second stimulus check scheme, up to a maximum of five per household, AS reports.

If a second stimulus check package is signed into law at the beginning of August, following the timetable of the first round of checks US citizens could expect initial deposits to be made on the weekend of 22/23 August with a majority of direct bank payments issued by the end of September.