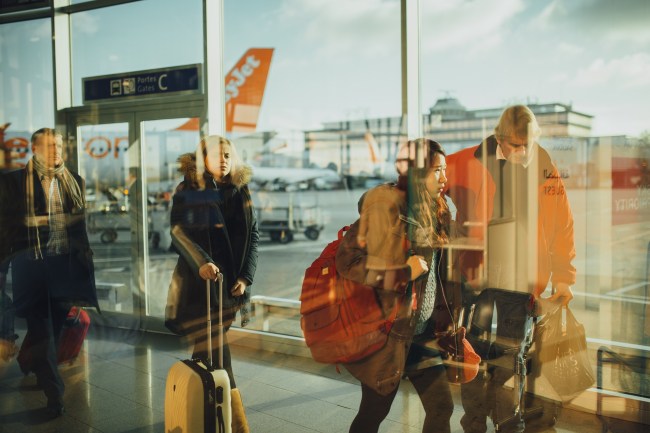 TSA screenings–a necessary evil. Don’t ask me how we’ve landed on the moon but have yet to figure out an airport screening solution short of stripping down naked. Ok, that’s an exaggeration but tell that to the athletes foot I got when I was forced to take my shoes off behind the guy with black toenails.

TSA screenings could become a thing of the past at more than 150 small and medium-sized airports across the United States, CNN reports.

The proposal, if implemented, would mark a major change for air travel in the US, following nearly two decades of TSA presence since the terrorist attacks of September 11, 2001, and comes as the Trump administration has stepped up screening measures for items such as laptops and tablets.

Internal documents from a TSA working group say the proposal to cut screening at small and some medium-sized airports serving aircraft with 60 seats or fewer could bring a “small (non-zero) undesirable increase in risk related to additional adversary opportunity.”

Dropping screenings could save $115 million annually, which would be allotted to beef up security at larger airports.

According to the proposal, passengers and luggage arriving from these smaller airports would be screened when they arrive at major airports for connecting flights instead of the current practice of joining the already screened population at the larger airport. The high-volume airports have greater capacities and more advanced security measures than smaller locations, the documents say.

There are experts, however, who are expressing severe national security concerns over the proposal. Terrorism analyst Paul Cruickshank said it was “stunning that this is even seriously being considered.”

“Al Qaeda and ISIS still regard aviation as a priority target — that includes aircraft where you have fewer than 60 people on board,” he said. “They would see that as a way to hit the headlines. They would see that as a way to inflict severe economic damage on the United States. If you have an aircraft of 50 or so people being blown out of the sky there is going to be a great amount of panic and there will indeed be significant economic reverberations, and of course significant loss of life.”

I know my opinion doesn’t matter on this issue, but I’m totally cool with emptying my pockets and getting groped by a 60-year-old man with a pony tail if a terrorism expert thinks this plan is lunacy.