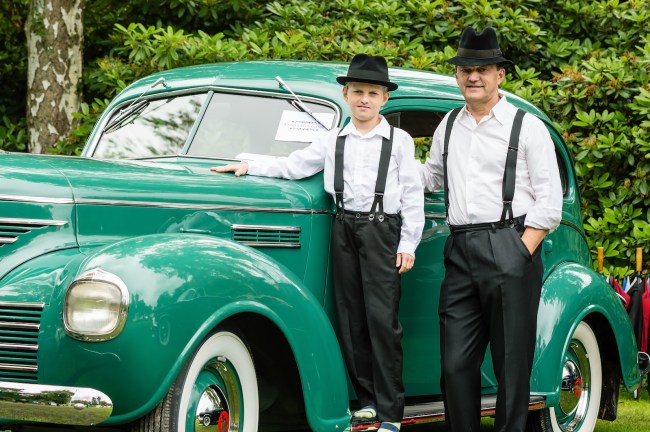 And it is perfectly acceptable to dismiss this horrific reality, because there isn’t a human alive that should ever have to admit that their parents are real people with animalistic needs, who, just like their progeny, need to sometimes pound one out with the kind of enthusiasm that can typically only be found in the back stall of a prison shower.

But humanizing our parental figures goes way beyond just coming to grips with the fact that they were once young and liked to screw.

Just as much as they watched us grow up into the fine messes we have become today, we, too, got to know them, their quirks, mannerisms and even their bizarre habits.

We also got to witness their bodies morphing into oddly shaped slugs which, sure as shit, we pledged at one time or another never to let happen to us.

No matter how much love and respect a child has for their parents, rest assured those ever-so-rebellious teen years are spent thinking that mom and dad are just a couple of washed-up dipshits who sucked a little too hard on the golden dong of mediocrity.

“I just don’t want to end up like my parents when I get older,” said everyone who was ever born. It’s like any bad mojo that comes our way is perfectly acceptable just as long as the dickhead gods of the universe don’t wave their magic space wieners around and infect us with dad’s bulging beer gut, his affinity for home improvement television and mom’s insatiable need to nag us about every goddamned thing imaginable.

After all, we are our own people, right? 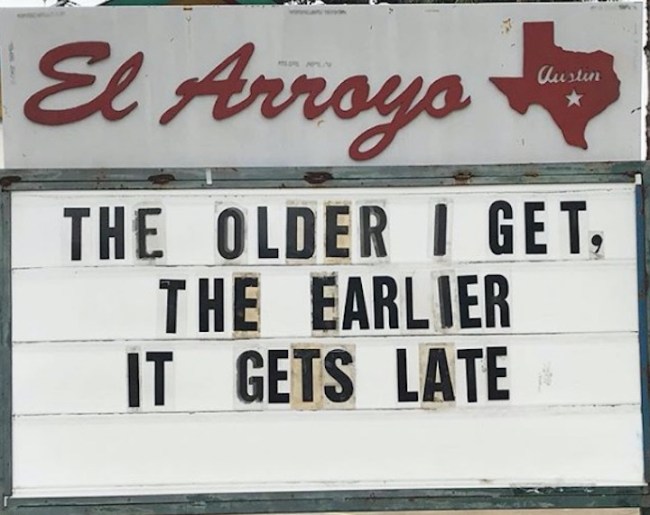 Well, we hate to break it to you kids, but DNA is a fierce bitch and it is coming for us, all of us, and fucking hard.

You had better appreciate your identity right now, while you can, because some of the latest scientific gobbledygook suggests that we’re all doomed to become just like our parents.

A surgeon from the United Kingdom recently surveyed 2,000 men and women in hopes of learning more about the magic number in which we shift from our badass, individual selves to something that more closely resembles our parents. Unfortunately, the results determined that this change appears to happen relatively soon in life.

However, the switch happens at different ages depending on what you’ve got between the legs, the study finds.

Men are destined to start turning into their fathers right around the age of 34. That’s when they start dressing a little more conservatively — they ditch the piercings, regret the tattoos — and begin to consider taking up hobbies that do not include booze, wild women or the combination of the two.

In a sense, this is when men get their proverbial nuts clipped and starting settling into the downward spiral that is the coming of a mid-life crisis and eventually death. So, when they said life was short, they were not fucking around.

It is a time when they are most likely to start adopting the styles and tastes of their mother, rebelling less against their maternal ways and embracing their true colors.

So, fellas, it might be a good idea to wait until your baby, the love of your life, matures into her mid-thirties before you even think about putting a ring on her finger.

That girl of yours might be as hot as they come right now, but if her mom has a mustache and a bad attitude that high-quality trophy tail could easily end up morphing into the kind of mongrel that you would never have touched, not even in your drunkest most stupor, back in the day.

Women, the same goes for you. If the guy you are seeing has a thick head of hair now and is just about as handsome as they come, take a goddamned hard look at their father and feast your eyes on the disgusting piece of shit that pretty boy is destined to become.

Hell, yes, it is, especially since no matter what a person does to avoid making this awful transformation, Dr. Julian De Silva, the man responsible for the survey, says those attempts are futile.

“We all turn into our parents at some point in our lives,” he said. “It is an inevitable part of ageing but a process.”

It might not be a bad weekend to practice eating dinner at 4pm.