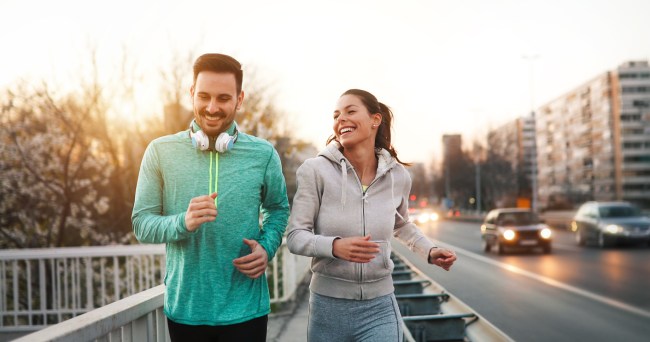 When it comes to scouring the scene for potential fuck buddies, regardless of whether it is at the office, a bar or the local grocery store, it can sometimes be difficult to accurately envision which of the women you have locked in your sights are most likely to lower their standards and bang you in the near future.

We don’t mean to sound crass, but that is ultimately the goal in most cases, right? Sure, it is nice to meet up with Julie, the hot blonde from accounting, for a few drinks after work, or grab dinner with Rachel, the vivacious brunette from the bar the other night who looks like a 1950s pinup model, or just settle in for a little hang-out time on the couch with Jenn, the older lady you met at Whole Foods last week while trying to rustle up a couple of ribeyes for the boys on game day.

But all of this mumbo jumbo is really just the wooing part of the mating ritual, which, god willing, is supposed to lead to some roughhousing in the boudoir if all goes according to plan. The question is: How does the average guy handicap the gettin’ some game, because that’s precisely what it is, a game, to determine which of his prospects will hop into the sack with him quicker than the others?

Well, scientific minds suggest that he might want to try leading with a line like, “So, do you work out?”

This is because certain kinds of women tend to have more sex than others, and the leading group on that list is the athletic type, according to a new study published in the BMJ Sexual & Reproductive Health journal.

Researchers say that the women who grind it out in a health club or otherwise put in an effort to keep their bodies looking fit are more likely to have an extraordinary sex life than those who do not. In fact, more than 70 percent of those girls who engage in regular physical activity are said to have had more than 10 sex partners, the study finds. This means it’s time to renew that gym membership, boys. After all, a hunter doesn’t go gunning for deer in the city. That bastard heads for the woods!

“Women who reported engaging in moderate and vigorous physical activity at least weekly were more likely to report a higher number of lifetime sexual partners than those who were less active,” the study authors wrote. “Vigorous physical activity is usually achieved via participating in sport. Sport participation has been shown to track across the lifespan and may provide a setting for social interaction, thus increasing the potential to meet a greater number of potential sexual partners.”

But then again, if hanging around the gym in hopes of scoping out your next baby-momma isn’t really up your alley – you know, because of the exercise and all — the study does offer some alternatives for the man on a dead-eye mission to become Poontang the Destroyer. It turns out that women who like to drink and smoke are also more apt to have had 10 or more sex partners, which means hanging around the local tavern is still a pretty sure fired method for getting laid.

But it goes without saying that some of the female-finds down at the old Anywhere Bar and Grill might not be of the same award-winning standards that one might encounter at a fitness center. Going out drinking on a Wednesday night in search for love could certainly work out in your favor, yet don’t be surprised if the one you bring home comes complete with a beer belly, a chronic cough and a tattoo on her right shoulder that reads Rooster 1962-2009 Ride Or Die, Motherfucker.

Its matter of personal taste, you know? Just don’t step foot inside a redneck dive expecting to meet some young hottie in yoga pants who listens to Glass Animals – that’s probably not going to happen. In order for a guy to have a fighting chance at meeting a woman of substance, at least at the superficial level, he’s probably going to have to suck it up and start frequenting an establishment where they lift more than 12 ounces at a time. It’s either that or church, boys, we hate to break it to you.

But be careful out there.

Sexually transmitted diseases are on the rise all across the nation, and some of these dastardly little fuck bugs are treatment-resistant and sometimes even incurable. Sweet pickled Pete, I never thought I’d live to see the day when a few doses of antibiotics wouldn’t snuff out a bad case of the clap (gonorrhea), but lo- and behold that time is now. And the scary thing is, most STD cases go undiagnosed. So, while that girl at the gym might look to be in top physical condition on the outside, you never know what kinds of mangy critters are crawling around inside her waiting to latch onto your promiscuous little pecker and give it a fever. But a man’s got to live — we’re hear that.