CDC Says STDs Are At A Record High, Some Diseases Growing At Frightening Rates 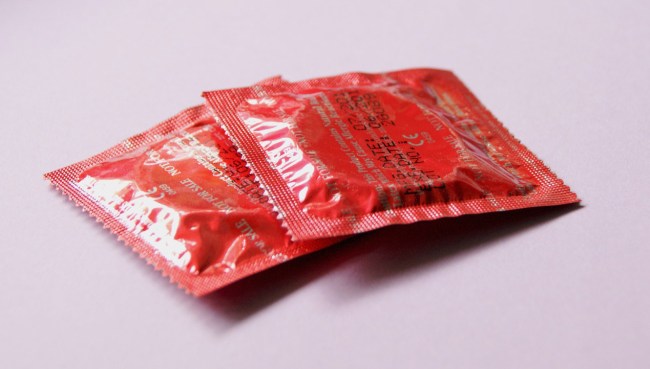 New data from the Centers for Disease Control and Prevention (CDC) shows that STDs are at a record high. For four years straight, federal health officials report that there has been a record number of sexually transmitted diseases diagnosed.

According to the CDC, there were nearly 2.3 million cases of chlamydia, gonorrhea, and syphilis in 2017. The total amount of STDs were an increase of over 200,000 cases from 2016, which was then a record high.

“We are now very concerned about this steep and sustained increase that we’re seeing,” said Dr. Gail Bolan, the director of the CDC’s Division of STD Prevention. “We’ve seen an ebb and flow of STDs in decades past, but now we’re at the highest level of our reportable conditions that we’ve seen in two decades.”

The #1 STD was chlamydia with more than 1.7 million cases diagnosed in 2017. Thanks Tinder. The study found that 45 percent of cases were among women ages 15 to 24. Women are biologically more susceptible to contracting infections such as chlamydia.

Gonorrhea comes in second place with 555,608 cases in 2017. Thanks Bumble. While not as widespread as chlamydia, we should definitely be concerned with gonorrhea since cases increased 67 percent in just four years. Gonorrhea cases diagnosed in men nearly doubled from 169,130 to 322,169. Don’t make rash decisions that could endanger your health.

The scariest part is the threat of strains of gonorrhea that are drug-resistant. “As soon as you use one drug, it figures out ways to bypass that antibiotic,” Dr. Bolan said of gonorrhea. “We’re now down to the last known effective antibiotic in our pipeline. It’s only a matter of time before the organism’s going to outsmart us.”

Another sexually transmitted disease spreading like wildfire is syphilis, which has increased an eye-opening 76 percent in only four years. Thanks OK Cupid. From 17,375 cases in 2013 to 30,644 cases in 2017.

“In past years, syphilis was predominantly among men who have sex with men, and in more recent years, we’re now seeing increases in women and heterosexuals,” Dr. Bolan said.

“The U.S. continues to have the highest STD rates in the industrialized world,” said David Harvey. Slow clap for America.

STDs are dangerous, when are people gonna realize?

On the bright side, if you aren’t having sex, this doesn’t affect you. So carry on making huge Voltron figurines out of 2,300 LEGO pieces.

You can read all of the CDC findings HERE.