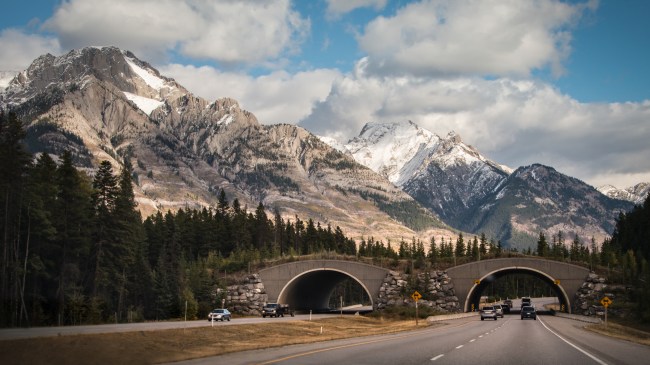 In the event of the apocalypse, one that takes the planet back to zero, erasing all of our modern technology, disabling food sources and even the ability to take a dump in the comforts of our own homes, the human population would launch into a full-on barbaric tirade in order to survive.

It is conceivable that, at a certain juncture of this madness, those who are lucky enough to live through the first wave of hell on Earth – an event that could only be described as the decapitation of civil society — would be forced to start fulfilling their nutritional needs by killing the ever living shit out of anything and everything that exists on the lower and of the food chain. That is, however, as long as these four-legged critters don’t end up becoming wild-eyed carriers of the big sick and ultimately spread the viruses that lead to the collapse of life as we know it.

During this shitstorm, as food supplies dried up, people would revert back to sicko savages. There would inevitably be foul circumstances arise where the more desperate civilizations would enter the mindset of a feral alley cat and continually feast on unsavory products of global catastrophe.

It makes us nauseous to even consider, but in this kind of fucked up doomsday scenario, some of the new-level downtrodden of the world might have to resort to eating rotting varmints to keep from starving to death. Indeed, roadkill could become a grey day delicacy during those dark times. Let’s face it, there sure as shit isn’t going to be a Chicken Guy! chain or any other fast food restaurants around to sustain the population while it tries to learn how to rebuild and carry on.

But, for now, there is no reason for this behavior.

Thankfully, people today still have the luxury of walking into any given grocery store in their neck of the woods and purchasing a variety of meats that do not require them to first swat at flies or inspect for maggots. Thank fucking Christ for that! So, until the world enters total upheaval and we’re forced to become savages of the uncouth, humans really don’t have any reason to consume creatures that may have met their untimely demise while crossing America’s many roadways. Right? So, will someone please help us understand why some states are legalizing roadkill? 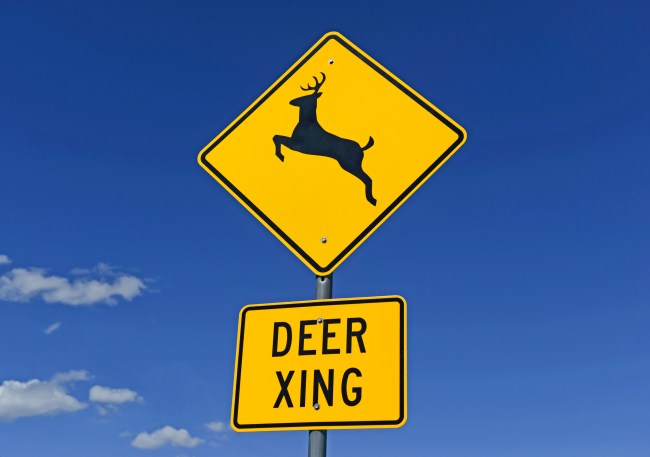 Goddamnit, we wish we were joking about this one, but it’s true – lawmakers in parts of the United States are pushing to make it legal for people to eat the dead wildlife they discover along the side of the road.

Let’s get a barf bag over here, stat!

California, of all places, is the latest state where this disgusting trend is taking shape. State Senator Bob Archuleta of Montebello recently introduced a piece of legislation designed to make it an acceptable practice for motorists to scrape dead animals off the road and take them home for dinner.

The language of the bill would make it okay for anyone who accidentally runs over a deer, elk, antelope or wild pig to “recover, possess, use, or transport, for purposes of salvaging wild game meat for human consumption.” If it passes, all a hungry motorists would need to do is call authorities and get clearance. From there, it would be up to them how they explain to their families that instead of a bucket of Kentucky Fried Chicken, they’re going to be eating elk tits and such.

For now, roadkill suppers are against the law in the Golden State. But Senator Archuleta believes changing that might help put the estimated 20,000 furbearing bumper stains to good use. Roadkill “translates into hundreds of thousands of pounds of healthy meat that could be utilized to feed those in need,” he said in a statement.

Perhaps we’re out of touch, but is anyone out there really that hungry?

It pains us to say this, but somewhere around 20 states across the nation have already legalized roadkill cuisine in some form or fashion.

In Georgia, people are permitted to salvage dead bears for personal consumption, yet the state admits it could make them sick. But officials there take no responsibility for cases where families end up puking their guts up or dead as a result of roadkill. We have forever lost our appetite for fur burgers!

It is important to point out that most of these roadkill laws do not just give people free rein to pick dead animals off the highway and eat them. In many cases, the motorists that kill the animal is the only one who qualifies to take possession of the meat. State health agencies have a tendency to frown on the idea of people just riding around tossing random carcasses in their trunks for a cockeyed culinary experience. God only knows what kind of diseases these furry fuckers are carrying.

But roadkill laws are being passed by more states these days because not only is freshly snuffed out critters considered safe to eat by wildlife enthusiasts, leaving it to rot is regarded as wasteful.

This I learned first-hand.

Several years ago, I was riding around the backwoods of Southern Indiana with this dude from work named Rodney – a real rednecky-looking guy whose life’s ambition seemed to be hunting, mudding, God and country, but not necessarily in that order.

We had just finished running his Jeep through same treacherous trails, climbing some insane hills, risking life and limb for shits and giggles when we came across a deer lying dead on the side of the road. Rodney slammed on the brakes, put the Jeep into park and told me he was going to check and see “how dead it was.” I’m over there in the passenger seat thinking, “Dead is dead, brother.”

Boy, was I wrong.

Rodney ran up on the animal, making a whole hell of a lot of noise – presumably to make sure it wasn’t just taking a nap – and then he did something that I would have never expected, not in a million years. He reached down and stuck his arm up the deer’s ass.

“What in the fuck,” I thought.

Now, when I say he stuck his arm up the deer’s ass, I’m not exaggerating, he literally stuck it in up to his elbow. I didn’t know Rodney all that well – after all, we were just co-workers — so for obvious reasons I was a bit unnerved. For all I knew, I was next – and it didn’t appear that I would even get a banjo serenade.

But then he turned around and shouted, “This bitch is cold.”

Come to find out Rodney wasn’t just arm-fucking the beast for fun, he was checking to see if its body was still warm. And if it was, that fucker was going to try and get clearance with the state Fish and Wildlife division to load it into the back of the Jeep and take it home. “Man, that would have been so good eatin,” he told me, while brushing the shit remnants off his arm. I was fucking floored.

Yep. Everyone’s a redneck until a redneck walks into the room.

I now live in the city.