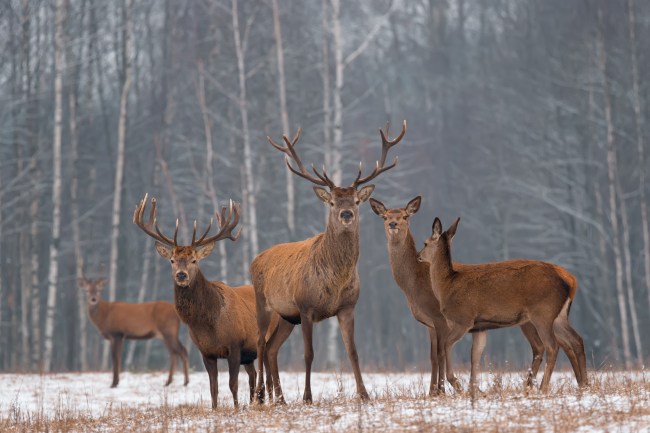 Well, son of a buck!

There is a bizarre disease ravaging over the half the United States right now, one found mainly among the deer population that is apparently so vicious it is producing a zombie-like level of craziness in Bambi that falls more in line with the actions of a meth’d out stripper than anything Walt Disney ever showed us.

This vile plague to the wildlife community has been deemed Chronic Wasting Disease(CWD) by scientific minds, but it is has gained a hell of a lot of attention recently ever since some hillbilly nerd slapped it with the “zombie deer” label. Not that the symptoms of this disease don’t mimic the ornery misgivings of those soulless, flesh-eating corpses that have become so popular over the past few years. They sure as shit do. Deer infected with CWD have been found stumbling through the woods, listless and drooling, turning violent against any human who dares approach them.

Seriously, it’s a real horror show, this situation, especially since none of the white coats seem to understand why these sick, horned ruminants are transforming into blood-thirsty ghouls of the redneck jungle. Our theory – and you know we have a humdinger – is that the tides of the food chain have finally turned and now forest creatures are on a doomsday, seek and destroy mission to mau-down on the guts of civil society and violently shit them out in the name of the dark lord, Satan himself.

We’re not even trying to be funny here. Well, okay, maybe a little. No matter how desperate a situation involving a virus that turns animals into hate-filled zombies might be, we can’t help but make a few wisecracks.

But payback is a bitch. Scientists say this disease will probably infect humans if something isn’t done soon to keep it from spreading. 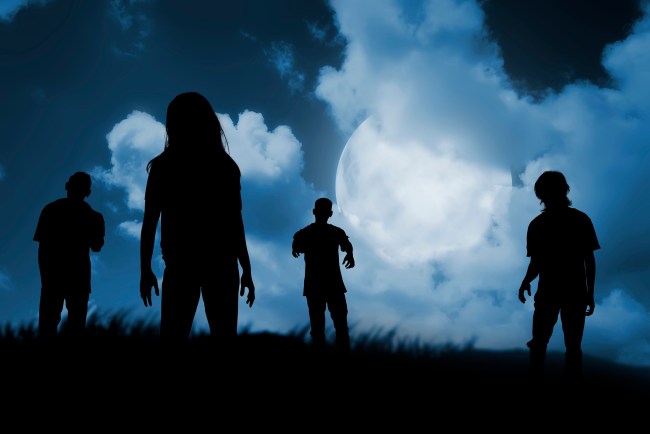 Although chronic wasting disease is presently only found in animals with antlers — deer, moose and elk — researchers from the University of Minnesota are warning lawmakers all across the nation that if science doesn’t gain a better understanding of this forest funk in the very near future, human cases are imminent. And that could spell certain death for civilization as we know it.

Earlier this week, infectious disease expert Michael Osterholm told the Minnesota Legislature that it was his “best professional judgment based on my public health experience and my extensive review and evaluation of laboratory research studies … that it is probable that human cases of CWD associated with the consumption of contaminated meat will be documented in the years ahead.”

It is possible that the number of human cases will be substantial and will not be isolated events,” he added.

Chronic wasting disease is just as it sounds – it is a neurological disorder that kills through deterioration. Some of the most common symptoms include weight loss, behavioral changes, decreased social interaction, loss of awareness and no fear – as in animals with this condition will attack a motherfucker out in the wild before their flight mechanism kicks in and tells them to run away.

What’s worse is there are no treatments for CWD and a cure is nonexistent. So any person who ends up catching the disease, which is spread through bodily fluids, contaminated foods and water, will end up withering away over the course of a few months and die an excruciating death. In some cases, people infected with CWD could check out without experiencing a single symptom. They will be the lucky ones. But most would be left to scour the streets like a three-legged alley cat that has been keeping itself alive on a steady diet of moldy Hamburger Helper and sewer water.

The Centers for Disease Control and Prevention (CDC) has been trying to get a grip on this horrible disease to prevent the eruption of an epidemic. The agency confirmed the potential for human transmission recently, saying that “experimental studies raise the concern that CWD may pose a risk to people and suggest that it is important to prevent human exposures to CWD.”

This means those people who like to live off the land might want to avoid eating deer meat or, god-forbid, engaging in extramarital carnal relations with hooved beats in the bush that act like real dicks and have a slobbering problem. Not that any of you would do that, at least we hope not.

As it stands, zombie deer have showed up in 24 states, the CDC reports. A map of the infected areas shows that California, Florida and the New England states might be the best possible refuge just in case the shit hits the fan.

Congress is pushing a bill right now called the “Chronic Wasting Disease Transmission in Cervidea Study Act.” It is designed to provide more research opportunities for scientists to learn more about this disease. The measure directs agricultural officials to team up with the National Academies of Science and roll up their sleeves to find a way to harness the virus and cure any human cases. The goal is to get a law on the books and prevent a real-deal zombie apocalypse from happening.

Note: We’d like to point out that it’s still seemingly safe to drink at the Elk’s and Moose Lodge over the weekend. So, don’t go putting a bullet in someone’s brain just because they start stumbling around the bar acting weird and trying to start a fight. This is not a case of chronic wasting disease. The sloppy bastard is more than likely just drunk off his ass and needs a ride home.