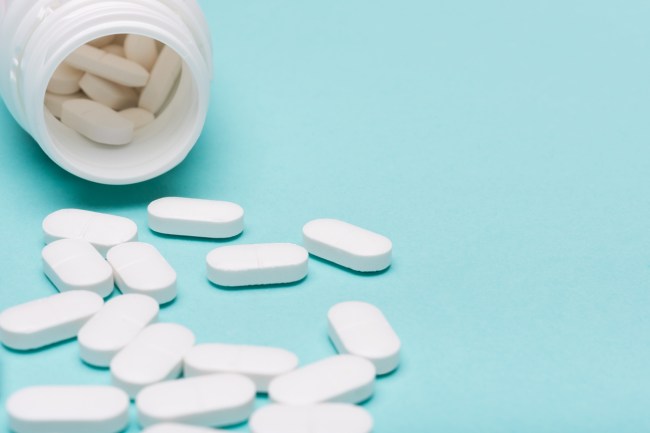 The opioid epidemic is one of the most terrifying scourges to ever sink its lunatic fangs into the soul of America. Not only is it responsible for killing off more people annually than the entirety of the 19-year Vietnam War, but it has also found a way to turn everyday, working-class citizens into full-blown specimens of depravity—there are now in upwards of 2 million people addicted to opioids in the United States.

Some have no trouble securing a steady stream of pain pills from their friendly neighborhood physicians while others are left to score dope in the streets like rats.

Although this might not sound like a tough task, especially given the prevalence of opioids in this country, tracking these drugs down on the black market isn’t always easy to do. It is conceivable that an addict without a stable dope connection (or enough money to buy it) could go days or even weeks without the necessary dose to keep them on the nod.

This is when the disease goes dark, a time when junk sickness sets in, pressuring even the most socially acceptable, well put-together drug addict to take drastic measures to survive the dry spell.

For some—presumably the most desperate of the breed—this means heading down to their local pharmacies, where they are buying up boxes of the popular anti-diarrhea drug Imodium. It seems that word has gotten around that this over-the-counter medication contains a mild opioid called loperamide.

Although this drug, which is sometimes referred to as “the poor man’s methadone,” does not provide the user with a high anywhere close to potent prescription narcotics like Lortab or Oxycontin, it can trick the brain enough to ease the worst of the withdrawal symptoms. These symptoms can range from a variety of flu-like demons including muscle aches, nausea, anxiety, and cold chills.

However, a new study from Rutgers University shows that antidiarrheal medications are also causing an increasing number of people to suffer fatal overdoses. No shit!

Lead study author Diane Calello, executive and medical director of the New Jersey Poison Control Center at Rutgers University Medical School, says Imodium “is a safe and effective treatment for diarrhea, but when misused in large doses, it is more toxic to the heart than other opioids.”

Because of how this drug reacts in the body, overdoses that happen as a result of Imodium cannot be undone through emergency treatments like Narcan. These life-saving drugs, which are typically carried around by first responders, can only reverse opioid mishaps resulting in respiratory failure.

“Overdose deaths occur not because patients stop breathing, as with other opioids, but due to irregular heartbeat and cardiac arrest,” Calello added.

Most of the problem seems to stem from a lack of available and affordable treatments for opioid addiction. The study, which was published in the journal Clinical Toxicology, finds that the majority of the people abusing Imodium to the point of overdose were simply searching for a trapdoor out of their addict daze. However, the study finds some people are apparently using the drug in massive enough doses to provide them with the same feel-good effects as fentanyl and heroin.

It’s a desperate situation and one that is getting worse with each passing year.

Imodium is now America’s favorite “opioid alternative” according to a report from Pharmacy Times. In fact, the number of overdoses related to Imodium has increased 91 percent since 2010.

Although many hardcore opioid users argue that marijuana is no substitute for painkillers, there is significant evidence that the herb has helped many addicts get clean. A recent study from the University of Michigan shows nearly 40 percent of medical marijuana users were able to cut back on the use of prescription painkillers. A large percentage were even able to get off opioids altogether.

Marijuana may not be a perfect plan for pulling opioid junkies out of the grips of addiction but it is undoubtedly better than relying on antidiarrheal medications that have been known to bring about fatal heart attacks.

Life is hard enough as it is. Let’s save the Imodium for those mornings when 15 beers and a late-night Taco Bell run won’t let you get off the crapper long enough to get dressed for work.