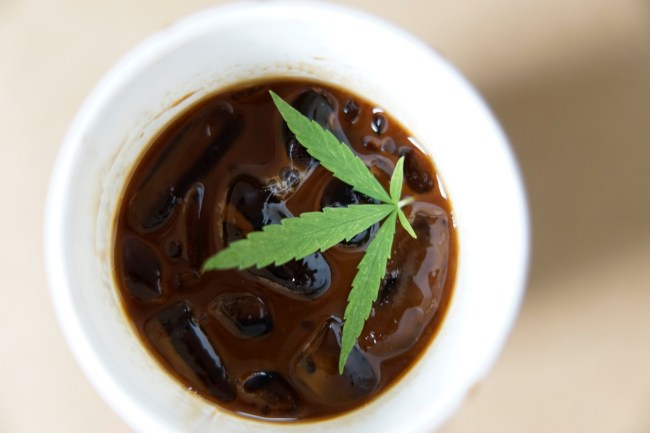 Last year, some of the largest brewhouses in the world began dabbling in the concept of producing cannabis beverages. Constellation Brands, makers of Corona and Modelo, was the first to throw its big old balls over its shoulders and invest billions of dollars to start slinging THC-infused beverages.

From there, others joined in the fun. For a while, it seemed that every major beverage company from Anheuser-Busch to Coca-Cola was looking for ways to capitalize on the cannabis beverage sector. And it makes perfect sense. Cannabis drinks in the Canadian market alone, where weed is fully legal nationwide, is expected to grow into a multi-billion dollar market within the next few years.

Yet, we’re all still waiting for one of these drinks to hit the shelves. None of the brewers that have dumped insane amounts of money into stoner sips has yet to surface with a product. These companies are apparently finding out the hard way that producing a cannabis beverage is a lot different than brewing beer. Not only do they have to create a flavorful concoction that the masses will want to consume, but they also have to make it as easy and enjoyable as having a beer.

In a lot of ways, cannabis beverages seem like the most logical step in taking marijuana to the realm of the socially acceptable. Most of civil society is already well-versed in the gentle art of getting fucked up through the consumption of liquids. It’s a process that is virtually idiot proof and widely received in many cultures. There are no dab rigs to fuck with, no torches or lighters to maneuver, no WWII gas masks attached to a fucking air compressor, no breaking up buds, no rolling joints. Let’s face it, even the biggest dumbass on the planet is bright enough to pop a top on a bottle of beer and drink it.

Furthermore, the act of smoking marijuana in public isn’t exactly being embraced anywhere it is legal. Aside from a few select spots in parts of California, there are very few places in the U.S. where cannabis consumers can purchase weed and enjoy it in a social setting with both friends and strangers in the same way that people have been doing with booze in this country since its inception.

But this is a concept that may never catch on at a grand scale. Since smoking, in general, is considered mostly uncool and even a detriment to personal health, it remains uncertain whether traditional pot smoking can survive beyond just sitting around the house getting wrecked with a few buddies.

So giving the cannabis consumer the option of being able to drink their weed as opposed to blowing smoke sounds like the most logical step. There’s only one problem — cannabis drinks do not metabolize in the body in the same way as beer, which makes using them to catch a buzz very unpredictable.

When someone drinks a beer, the alcohol, which is water soluble, is absorbed quickly into the bloodstream, allowing the person to feel the effects almost instantaneously. But a cannabis beverage, something that is not water-soluble, is metabolized later in the digestive process. Drinking one of these bad boys is not any different than eating a THC gummy or a pot brownie. As most of us have learned by now, edible pot products can take an hour or more before the first wave of the effects start coming on. And nobody wants to wait that long to be squinty-eyed and stoned. 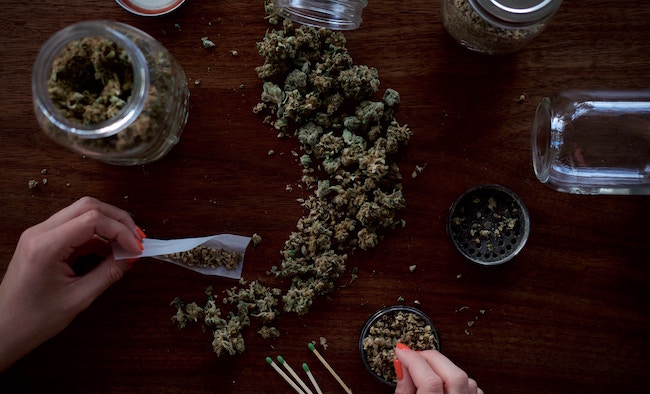 This is the primary snag when it comes to the creation of pot beverages, according to a report from Bloomberg.

“We think onset time is going to be one of the critical factors in the next stage of cannabis-infused beverages,” said John Kagia, chief knowledge officer at cannabis research firm New Frontier Data.

The trick to overcoming this challenge is making cannabis water soluble, just like alcohol. But the technology to make this a reality doesn’t seem to exist. This means makers of cannabis beverages are presently testing a variety of scientific processes to learn how to best solubilize cannabis, so they can get down to producing THC beverages that people can moderate just like beer.

Moving forward with the way it is now, there is a strong possibility that consumers would unintentionally drink too much and hours later be on a full-blown, “Holy shit, I got way too fucking high,” freak-out.

Once again, the key to cannabis beverages is really just about helping weed become idiot proof. Unfortunately, that cannot happen as long as people are left with no way to measure the intensity of their buzz during consumption.

The good news is cannabis companies are getting to the bottom of the problem with onset times.

San Diego-based Cannabiniers has concocted a non-alcoholic, THC-infused drink that produces a high within 10 minutes and wears off after about an hour and a half. Not too bad. There is even a Colorado-based company called Ebbu that seems to have the issue sorted out to some degree. Incidentally, this company is responsible for the technology that allowed Keith Villa, the creator of Blue Moon, to manufacturer his cannabis beer.

For now, science is still trying to perfect the process. But it seems to be coming together. Experts believe the onset issue could be solved within the year, and we hope that’s true. To say we’re are eager to give THC beverages a try would be an understatement. We also believe making onset times more predictable is necessary to forward the marijuana movement to the national level.