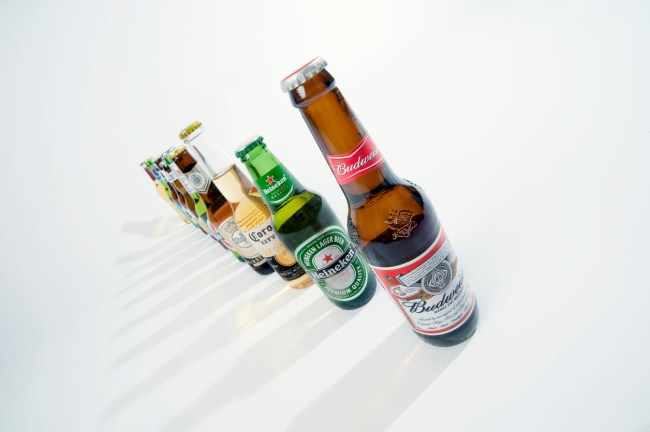 Beer drinking. It was once the American way. Step inside a tavern in your respective neck of the woods at any point over the past eighty years or so and it was nothing to witness the foundation of the nation’s blue-collar grinders — many of whom had just punched out for the day and some, who were presumably, just trying to muster the courage to endure a second shift– kicking back copious amounts of domestic ales and lagers in an attempt to find a spot in their minds a little less haunted by the tragedies of life. These days, the old timers, at least those who have not yet been brought down by the grips of alcoholism or the tributaries thereof, still carry on this tradition as best they can. But this doesn’t mean the drunken ethos is not at risk of crashing down at any moment. In fact, there has been a sober shift in booze consumption over the past few years – one that could spell serious trouble for the alcohol industry.

It seems the younger generations, many of which would have never been born had it not been for the inebriating effects of alcohol, are less interested in the bottle than those who came before them. This abstemious attitude has caused some of the swinging dicks of the beer trade to retool struggling departments in hopes of preventing traditionally relevant companies from being cast down into the pits of bankruptcy – only to be remembered through the tales printed about them in the history books.

It is for this reason that Anheuser-Busch InBev, the largest of the world’s brewing giants, is going off the deep end a bit to salvage part of the market that is no longer inspired by suds. As if popular products like Budweiser and Bud Light weren’t already watered down enough, the brewery recently announced plans to place a renewed focus on its nonalcoholic beverage division.

As it stands, the company’s nonalcoholic sector, which includes the O’Doul’s beer brand, is generating roughly 10 percent of its sales. But AB InBev, just this week, created a new executive position – chief non-alcohol beverage officer – charged with taking the sober segment to the next level. The company hopes to see its nonalcoholic beverage line raking in around 20 percent of overall sales within the next decade, according to Fortune.

If, like us, you are asking yourself, why in the holy hell would the maker of one of the leading beer brands on the planet be concerned with developing more nonalcoholic products, the answer is — no matter how unbelievable and borderline sacrilege it might sound — Millennials and those deemed Generation Z are spending less money on alcohol than their predecessors. The kids today are apparently coming out of the gate with a more health-conscious outlook – standing alongside the philosophy that booze is poison and probably not the safest choice. Perhaps this is due, at least in part, to some of them growing up around parental lushes and other hell raising role models stuck in a perpetual state of liver quivers. They have seen the true face of cocktail hour and, no matter how hard their guardians tried to cover up their loathsome indiscretions, they have found it a despicable place crusted with puke, promiscuity and a lifetime of regret. Because of this, they have opted out. We are now entering a dry society.

Some of the latest data shows that Millennials were the beginning of this drab mindset. But with the coming of Generation Z, the concept of the drink is becoming a mostly dead scene. This particular group doesn’t feel drinking is as “cool” in the same way as their elders did back in the day.

Market analysts for the alcohol trade blame drug education programs for this crippling of the can.

“Twenty years of anti-drug, anti-smoking and anti-alcohol education has done its job: it is no longer ‘uncool’ to not drink or take drugs,” Berenberg Research wrote in a recent beverage-industry report.

The preferred drug of choice among Millennials these days is marijuana. A study published earlier this year found around 88 percent of this generation believes pot is safer than alcohol. Furthermore, 86 percent say the herb is healthy and has therapeutic benefits. They also want to see public pot consumption become a widely acceptable practice. What it comes down to is this is the generation that stands to change everything we have ever known about getting ripped up in the Land of the Free.

Could this be the reason that some alcohol companies are now getting into the business of cannabis? Not only is this distinctly possible but it is highly likely considering some of the latest developments.

Constellation Brands, maker of the Corona beer brand, is on the verge of developing a line of cannabis beverages for distribution on the international market. Heineken-owned Lagunitas is set to release its THC-infused beverage at the beginning of next week. Molson-Coors is also reportedly assessing what it would mean to get into the ganja game. Further north, in Canada, which just legalized marijuana for recreational consumption, some breweries are even making nonalcoholic beer using only parts of the cannabis plant. The goal of these types of products is to offer the consumer an alternative to alcohol without taking away the social element of drinking.

Whether the American beer drinker is a dying breed remains to be seen. We here at BroBible are certainly trying to do our part to help keep the spirit alive. But the older we get, and our booze-bloated guts start to expand to near embarrassing circumferences, we are admittedly on the prowl for new ways to catch a buzz without the caloric overload of beer. Many of us have switched to vodka. This, of course, has presented a whole new set of problems, including more frequent (and severe) hangovers, divorce and court ordered AA meetings. What can we say — the system seems to be stacked against us.