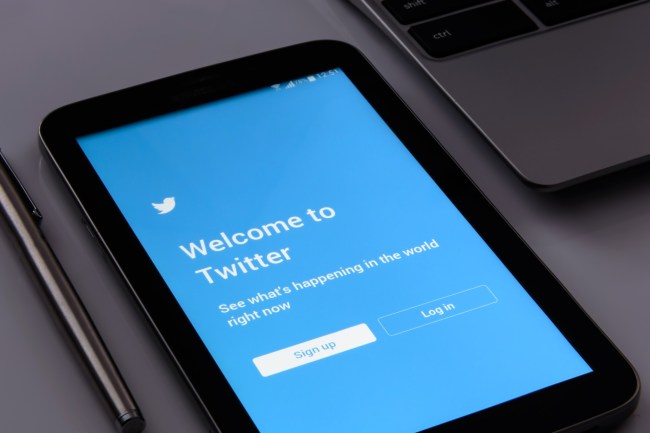 Twitter takes up an embarrassing amount of my daily time spent on social media. I honestly cannot tell you the last time I used Facebook for anything other than work or looking at the ‘Memories’ tab from back when Facebook was enjoyable, but Twitter‘s the app I open nearly every time I pick up my phone.

I won’t even begin to try and characterize Twitter in this article. You can use the app to connect with people in a million different ways and unlike on Facebook where you typically need to be connected to someone by becoming ‘friends’, on Twitter anyone can jump into a conversation or argument and add their two cents just as long as their account isn’t set to private.

You can spend 2 minutes on Twitter in the comments of a viral tweet and you’re bound to see people arguing about something. This is a guarantee. I saw this firsthand yesterday when a tweet of mine about Kurt Loder’s 75th birthday went viral (find me at @casspa) and some people took the opportunity to argue about things that don’t matter.

In the heat of the moment, people are not nice. They say hurtful things. It’s almost as if some people believe that by saying the most damaging thing possible that somehow wins an argument. Twitter realizes this and they want to change things by seeking to censor vulgarity and profanity out of tweets. They fired off a tweet yesterday from the official Twitter Support handle which reads:

When things get heated, you may say things you don’t mean. To let you rethink a reply, we’re running a limited experiment on iOS with a prompt that gives you the option to revise your reply before it’s published if it uses language that could be harmful.

The idea here is they want to give people who are in heated arguments a moment to pause and think about what they’re actually saying/tweeting before hitting send. So vulgar and profane replies to tweets on iOS will now sometimes come with a prompt asking you if you really want to say that.

When things get heated, you may say things you don't mean. To let you rethink a reply, we’re running a limited experiment on iOS with a prompt that gives you the option to revise your reply before it’s published if it uses language that could be harmful.

I came across this announcement on Bloomberg and it sounds like this is something Twitter’s been attempting to do for years, clean things up:

Twitter has tried for years to clean up its site, which can be full of hate speech and slurs. The company has historically erred on the side of free speech, leaving posts up even if they are abusive. But in recent years, Twitter has started to become stricter about removing posts that could lead to real-world harm.

Scanning user replies before they’re sent, and suggesting those users reconsider different phrasing, will likely ruffle feathers for some of the platform’s 166 million daily users. Facebook Inc.’s Instagram has a similar feature to try and sanitize comments on its platform. (via Bloomberg)

Personally, I will never understand the crusade against profanity. The regular and free use of profane language is often a sign of a healthier brain and coincides with higher intelligence. I’ve yet to meet a person in life who blew me away with their intelligence that was offended by profanity but on the flip side, some of the most average people I’ve crossed paths with are the ones who seem most offended by curse words.

I think one thing we can all agree on is that even people like myself who freely use profanity know there are times when it’s not appropriate and I think that’s what Twitter is getting at with this feature. If it’s being used simply to hurt someone in an argument then it’s not a sign of intelligence or a healthy brain, it’s just a mechanism to be hurtful.

Will this make Twitter a nicer place? Doubtful. Will it force some people to second guess what they’re saying in the heat of the argument? Sure, it’ll work on some.

You can find me on Twitter at @casspa by the way.