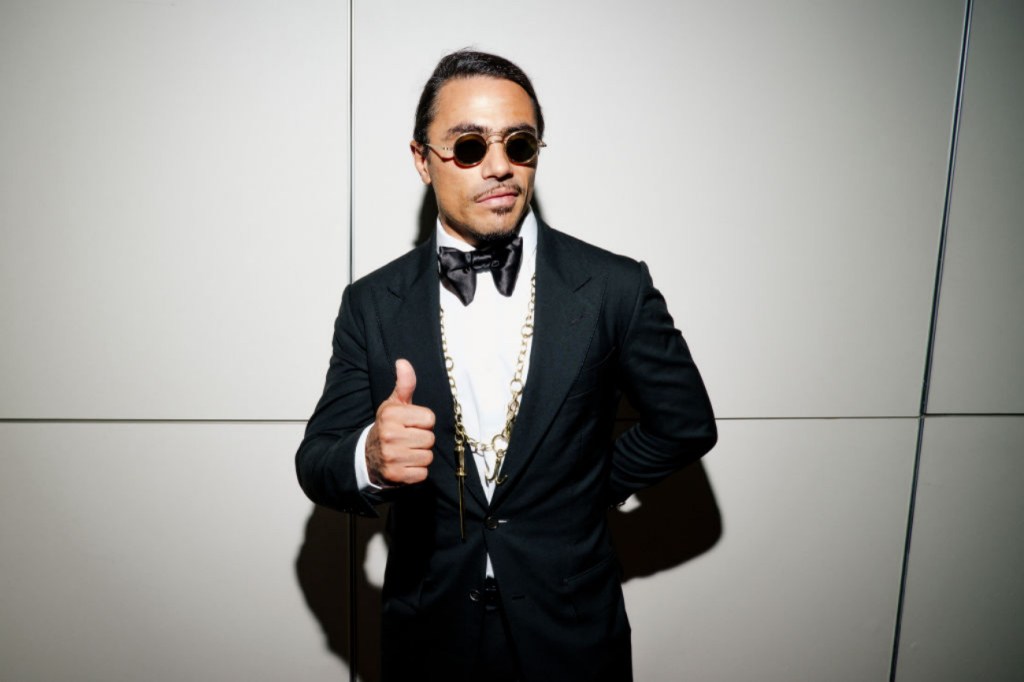 Many people, myself included, think of Nusret Gökçe aka Salt Bae as an Instagram celebrity first and a chef second. But the reality is he’s a high-end chef with an estimated net worth of $50 million and the Instagram stuff is all secondary and part of his personal branding.

Now I love steak as much as anyone and more than most people but spending $854 on ‘gold leaf’ steak is insane. You’re paying for presentation (not quality or service). There was also a $135 ‘Golden Burger’ on the bill.

Twitter users naturally reacted with shock and horror to this steakhouse bill from an ‘Instagram Celebrity’ restaurant.

44 great british pounds for 4 redbulls… having a laugh. pic.twitter.com/xgzs8f2cEu

Someone, please explain the economics of a £630 steak?

Giant tomahawk steak got to be big right.Reminds me of that futurama episode where the cow comes in the restaurant and starts selling it's ass 🙃 pic.twitter.com/Dlx8aHOZkK

They take you on a helicopter ride to see where it grew up.

it's one onion flower michael pic.twitter.com/1ECU0neYyd

Why is baklava £22 lmao! I need to see that portion phhheewww

It's way cheaper to fly to Turkey and go to the original restaurant.

That is daylight robbery wtf 😭

Actual rich people dont do this shit, this is for people on company expenses and people who have a fat inheritance

Them redbull better give you wings

"Knightsbridge" where a 1 bedroom studio flat will probably set you back between £2.5 and £3 million 😉 pic.twitter.com/XFBCoIfQov

I used to work near here (SW1Y 6DN – Jermyn St, my office was above Tramp nightclub and Jamie Olivers restaurant). The money and wealth around that area is obscene, nothing is cheap around there but was amazing seeing it. Tuka Solomon (Dragons Den) was a regular in that area!

Anyone stupid enough to pay £630 for a steak can expect to be charged £11 for a Red Bull. The restaurant missed an opportunity there. He got a bargain!

What the fcuk is a golden burger? £100 is it the best burger in the world? And £630 for a steak? Lol i would have refused to pay and walked out… That's absolutely ridiculous £44 for Redbull is also a nonsense…

The more I stare at this receipt and read responses the more I am annoyed by the burger above all. Those prices of the cokes and Red Bulls aren’t all that shocking if you’ve ever ordered one at a Vegas or NYC club. But spending $135 on a ‘Golden Burger’ because it has some gold leaf tucked on it and not because it’s rare and delicious beef is just offensive.

At the end of the day, not everyone is paying for food quality. It’s often about ambiance and being ‘seen’ in the hottest spots, it’s about Instagram and social media clout. I’ve spent a lot on meals before and won’t admit the amounts here but when the quality and service and rarity of the meal is right, it’s worth breaking the bank.