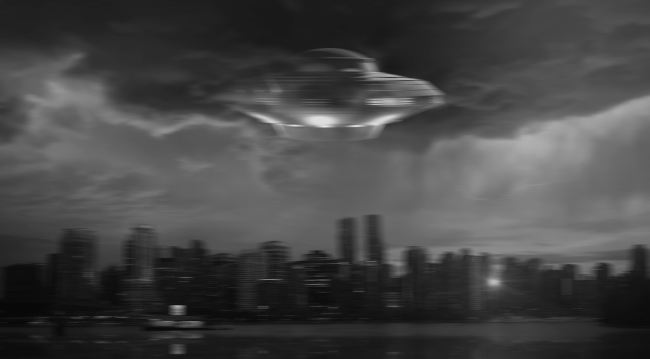 In the first week of 2022, not one but two separate UFOs were spotted and filmed by people on board commercial airplanes. Interestingly, these particular UFOs were witnessed on Jan. 3 and Jan. 4 on two different continents.

The first UFO sighting took place over Georgia and was witnessed by two pilots, one of which managed to capture some video of the object and shared it with UFOStalker.com.

Was flying along at 39,000 feet in an airbus a320 somewhere over georgia. took out my phone to take photos of the beautiful milky way. using the new iphone 13 pro max. tried to take a video of another aircraft flying just above us opposite direction at 40,000 ft. as i was filming this aircraft fly over us, i noticed this v shaped object appear. it appears to be between us and the other aircraft. both captain and i agreed we would like to remain anonymous. i will share the video i took. at the end i zoom briefly to the instruments to give perspective. nothing was reported to faa or atc.

UFO sighting number two occurred across the ocean as two airline passengers were flying from Glasgow to London, reports GlasgowLive.com.

“I was flying from Glasgow to London with my girlfriend. We left Glasgow Airport around 6am,” passenger Marjol Cela told Glasgow Live. “Just before we prepared to land in Gatwick Airport I saw this strange object. I started to film it and took some pictures as well.

“It was far away from the plane that’s why you can’t see it very clear. It was roughly three to four miles away from our plane. It was hard to film it because you see it on video the plane was getting ready to land.”

Marjol was convinced what they saw was definitely not just another regular aircraft.

“It definitely wasn’t a plane,” said Marjol. “I would say it looked more like a flying object in disguise. I’m not sure if it was moving, to me it looked like it was hovering.”

Marjol was also able to film the UFO that is believed to have been flying around three or four miles away from the plane. (Watch the video here.)

Glasgow, Scotland has long been a well-known hot spot for UFO activity.