Circular, Glowing UFO Hovering In Sky Caught On Camera By Student Before It ‘Just Disappears’ 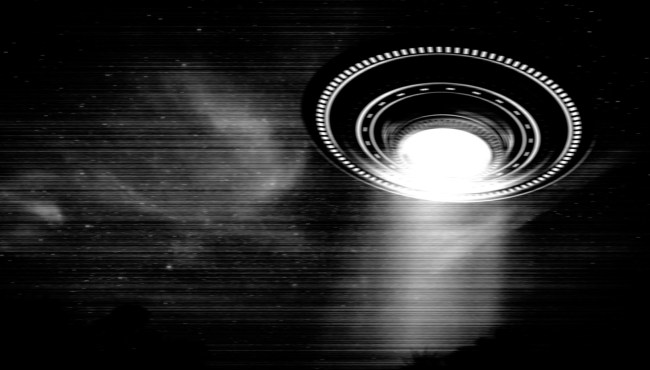 Recently, the former director of the Pentagon’s Advanced Aerospace Threat Identification Program (AATIP) spoke to CBS News and discussed some of what he saw during his time with the AATIP including the fact that UFOs are real.

More proof of this comes in the form of new video and images of a glowing UFO taken by Robert Hampson, a student in Glasgow, Scotland.

Glasgow Live reports that Hampson was at a friend’s house in the Merchant City after midnight when he went outside and witnessed “something really bright in the sky.”

Hampson, a film production student and musician, says he immediately grabbed his phone to record what he says looked like some sort of UFO portal.

He also reported that the glowing UFO stayed there in the dark sky about Glasgow City Centre for around an hour then mysteriously vanished.

“Me and my friend were outside last night and caught an unexplainable object floating in the sky in Glasgow,” said Hampson.

“It happened at my friend’s house in the Merchant City. We basically went out for some fresh air and we seen something really bright in the sky. We started to record it and take pictures of it and it looked like some sort of portal of a UFO.

“It was probably hovering for about an hour and then just disappeared.”

The North West UFO Research and Investigation Group, which collects UFO reports made in the United Kingdom from a wide range of sources, building what we believe is the biggest database of modern day sightings, reported five separate incidents that night.

A recent survey listed Glasgow as having the third most UFO sightings in the entire United Kingdom with one in four residents claiming to have had encounters, according to the Mirror.

The Daily Record reported in January that there were a total of 34 UFO reports were in Scotland in 2020.

Take a look at some of Hampson’s UFO video below.