UFOs Have Been Regularly Spotted In Restricted US Airspace, Says Former Government Official 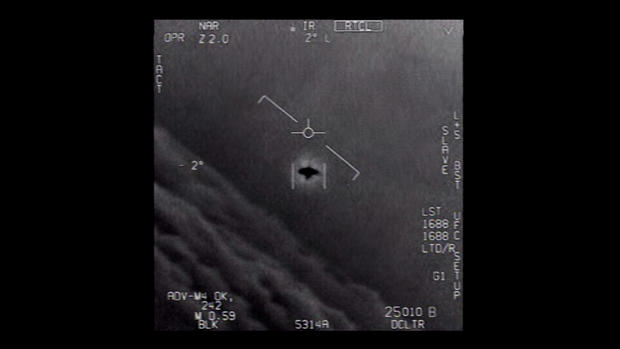 US Dept of Defense

Former director of the Pentagon’s Advanced Aerospace Threat Identification Program (AATIP), Luis “Lue” Elizondo, is, according to the New York Times, part of a group of former government officials and scientists who are “convinced that objects of undetermined origin have crashed on Earth with materials retrieved for study.”

Elizondo, who ran the clandestine U.S. government program for 10 years, also wrote in his resignation letter, “In many instances, there seems to be a direct correlation the phenomena exhibits with respect to our nuclear and military capabilities. The Department must take seriously the many accounts by the Navy and other services of unusual aerial systems interfering with military weapon platforms and displaying beyond next generation capabilities.”

Recently, Elizondo spoke to CBS News’ Bill Whitaker and discussed some of what he saw during his time with the AATIP as well as the declassified UFO report issued by the U.S. government this summer.

Some highlights of their conversation…

Bill Whitaker: So what you are telling me is that UFOs, unidentified flying objects, are real?

Lue Elizondo: The mission of AATIP was quite simple. It was to collect and analyze information involving anomalous aerial vehicles, what I guess in the vernacular you call them UFOs. We call them UAPs.

Bill Whitaker: You know how this sounds? It sounds nutty, wacky.

Lue Elizondo: Look, Bill, I’m not, I’m not telling you that, that it doesn’t sound wacky. What I’m telling you, it’s real. The question is, what is it? What are its intentions? What are its capabilities?

“Imagine a technology that can do 6-to-700 g-forces, that can fly at 13,000 miles an hour, that can evade radar and that can fly through air and water and possibly space,” Elizondo revealed. And oh, by the way, has no obvious signs of propulsion, no wings, no control surfaces and yet still can defy the natural effects of Earth’s gravity. That’s precisely what we’re seeing.”

Whitaker also spoke to former Navy pilot Lieutenant Ryan Graves about the UFOs, or Unidentified Aerial Phenomena (UAPs), of which the U.S. government has knowledge.

Bill Whitaker: So you’re seeing it both with the radar and with the infrared. And that tells you that there is something out there?

These photographs were taken in 2019 in the same area. The Pentagon confirms these are images of objects it can’t identify. Lieutenant Graves told us pilots training off the Atlantic Coast see things like that all the time.

Ryan Graves: Every day. Every day for at least a couple years.

Bill Whitaker: Wait a minute, every day for a couple of years?

While many people want to believe these UAPs are alien spacecrafts, Graves says they are probably not, but what they are is no less worrisome.

“I am worried, frankly,” said Graves. “You know, if these were tactical jets from another country that were hangin’ out up there, it would be a massive issue. But because it looks slightly different, we’re not willing to actually look at the problem in the face. We’re happy to just ignore the fact that these are out there, watching us every day.”

Elizondo added, “We spend millions of dollars in training these pilots. And they are seeing something that they can’t explain. Furthermore, that informations being backed up on electro optical data, like gun camera footage. And by radar data. Now, to me, that’s compelling.”