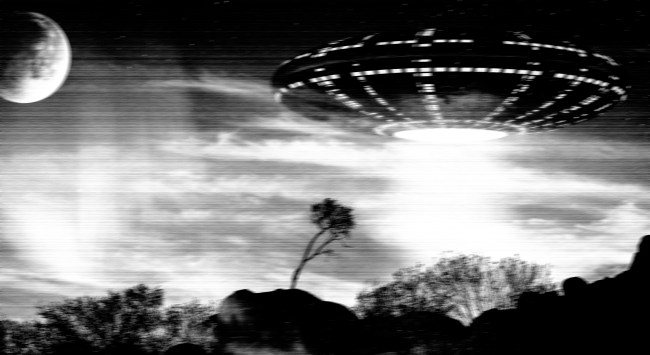 As was proven when the U.S. Navy finally released eight UFO incident reports submitted by pilots, and when the Pentagon finally released videos taken by Navy pilots of UFOs, and when former Senate Majority Leader Harry Reid admitted Congress used a “black budget” for studying UFOs, the truth is out there. It’s just a matter of the general public finally receiving it.

Now, with an unprecedented comprehensive, unclassified report on UFOs being requested last week by the Senate Inteligence Committee, we may actually be getting closer to learning that truth.

The report, which is supposed to cover items such as how the data is collected and processed, how it is shared, and what threats or risks have been identified, is to be submitted to the congressional intelligence and armed services committees within 180 days of the bill being approved.

“The Committee supports the efforts of the Unidentified Aerial Phenomenon Task Force at the Office of Naval Intelligence to standardize collection and reporting on unidentified aerial phenomenon, any links they have to adversarial foreign governments, and the threat they pose to U.S. military assets and installations,” the report states. “However, the Committee remains concerned that there is no unified, comprehensive process within the Federal Government for collecting and analyzing intelligence on unidentified aerial phenomena, despite the potential threat. The Committee understands that the relevant intelligence may be sensitive; nevertheless, the Committee finds that the information sharing and coordination across the Intelligence Community has been inconsistent, and this issue has lacked attention from senior leaders.”

According to website The War Zone, this review is supposed to cover the following…

3. A detailed analysis of data of the FBI, which was derived from investigations of intrusions of unidentified aerial phenomena data over restricted United States airspace;

4. A detailed description of an interagency process for ensuring timely data collection and centralized analysis of all unidentified aerial phenomena reporting for the Federal Government, regardless of which service or agency acquired the information;

5. Identification of an official accountable for the process described in paragraph 4;

7. Identification of any incidents or patterns that indicate a potential adversary may have achieved breakthrough aerospace capabilities that could put United States strategic or conventional forces at risk; and

8. Recommendations regarding increased collection of data, enhanced research and development, and additional funding and other resources.

Rubio’s office declined a request to comment on the report request from Politico, while a spokesperson for the Pentagon told Motherboard they are “not going to comment on pending legislation.”

“Assuming the report is properly prepared and delivered, there is no telling what the impacts could be,” said former top Pentagon intelligence official Christopher Mellon. “That could range from revealing an unknown threat or military vulnerability to there have been probes visiting our planet, or anything in between.”