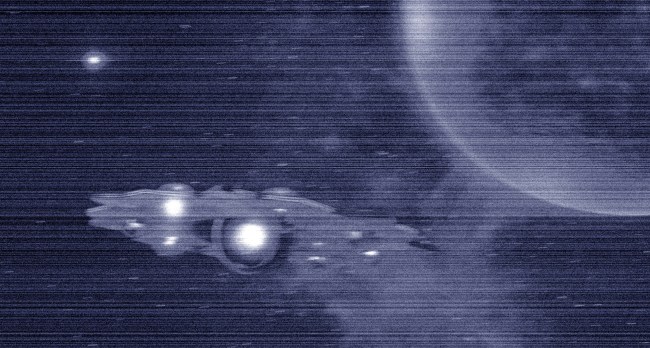 Secret alien bases here on Earth. Alien cities on the moon. Alien life on Mars. New admissions from Congress and the Pentagon. Killer superviruses from outer space. What’s next?

So glad that you asked, because what’s next is a surprising image taken by NASA of the 1968 Apollo 7 mission which, according to UFO and alien expert Scott Waring, is yet more evidence that aliens have long been monitoring the goings-on here on Earth and our explorations into outer space.

“I found a NASA photo from the old 1968 Apollo 7 mission and it had a green UFO in the upper left corner,” Waring writes on his website.

The photo is of the Salar del Hombre Muerto salt plain northwest of Argentina. 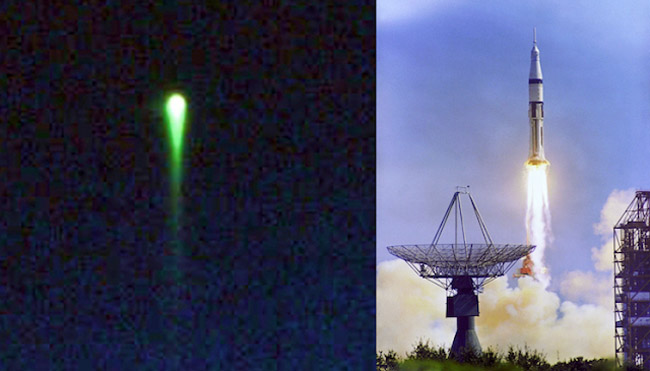 “The UFO is unlike any spacecraft I have ever seen and seems to be a UFO that is passing below the Apollo 7 module,” he continues. “The photo itself gives us lots of information like the module’s exact location, date, camera type, and much more.

“I look back at the earlier and later photos and could not find this object in any of them. This is the only photo that contains this strange object.

“This is absolute proof that aliens were watching the historic Apollo 7 mission closely.”

So now, in addition to the evidence that has been uncovered years later from the Apollo 9 mission, the Apollo 15 mission, and the International Space Station, we can now add the Apollo 7 mission to the list of space projects that warrant further investigation with regard to the existence of extraterrestrial life.

Left to right below are Apollo 7 Command Module pilot Don F. Eisele, Commander Walter M. Schirra Jr. and Lunar Module pilot Walter Cunningham. What did they know that the government has never told us?