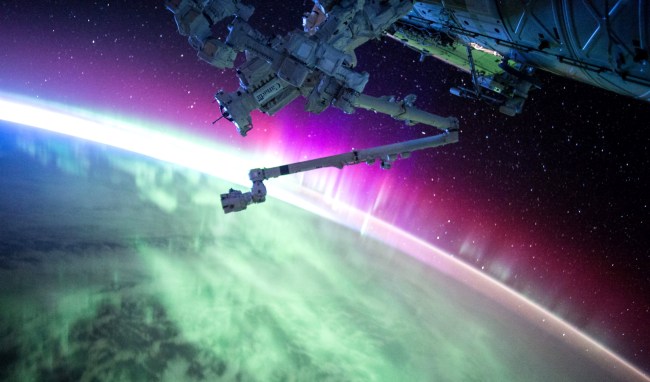 Once again we have very mysterious evidence that alien spacecrafts are engaging with the International Space Station (ISS) based on a NASA live stream that revealed some sort of cylindrical UFO appearing to uncloak itself.

Perhaps even more suspicious than the footage itself is the fact that once the UFO appeared on the live stream NASA cut the transmission, as we have seen the government agency do numerous times before. 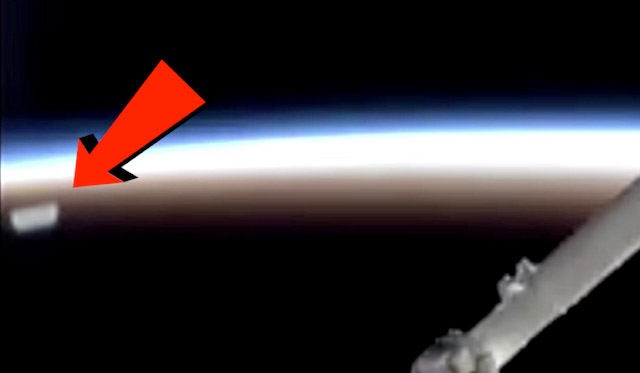 “As I watched…just as the cylinder object was just about to come into focus…NASA cut transmission and went to red screen,” he explained on his web site. “Red screen is the updated old blue screen. So I wasn’t sure it was a UFO at first, but when NASA also noticed it and went to red sceen…it sealed the deal. NASA put effort into hiding this object from the public, therefore this object must have been a threat to national security. Kinda cool wouldn’t you say?”

He continued, “The object looks solid, its edges look like the edges of the space station arm…the object is undeniably solid. The sunlit side of the Earth coming into view caused the UFO’s shields to malfunction for a short time.

“That is why we saw it. Just as I have said a hundred times before, if you want to see a UFO, watch a few sunsets…I promise you will see one, but bring a camera or your friends will never believe you.”

One former NASA scientist, James Oberg, who used to work in mission control, claims that many UFO sightings similar to this one are nothing more than “a bunch of space dandruff” — ice flakes, paint chips, insulation fragments, or other small pieces that have been shed from the ISS.

Of course, someone who worked for NASA would want us all to believe that, right?