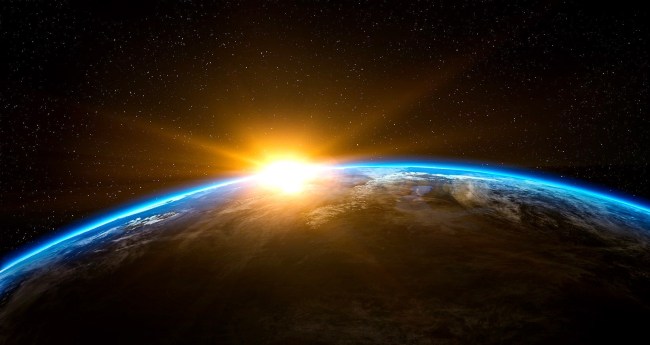 New video from a SpaceX satellite live stream appears to show a UFO cruising under and past a Falcon 9 rocket while satellite JCSAT-18/Kacific1 is launched into space.

The footage was captured on YouTube by Willease who wrote about his observation in the description of the video, “SpaceX launched Monday, December 16, 2019 from the Space Launch Complex 40 (SLC-40) at Cape Canaveral Air Force Station, Florida. The satellite was deployed at approximately 33 minutes after liftoff. This video highlights the unusually change of speed and direction of one bright anomaly. Even if the change of direction could be explained away by saying the spacecraft rotated, thus objects on the ground appear to change direction. It doesn’t explain the change of speed. The rotation of the Earth is going to be the same speed.”

UFO expert Scott Waring also viewed the video and wrote on his web site, “Jump to 3:02 into this video and you will see a large white disk about a meter across shoot in a curved trajectory under and past the SpaceX satellite. There is no way an object could curve its path in space. Only an intelligently controlled or living organism could achieve such a curve. This is 100% proof that aliens are watching SpaceX mission so closely that they could touch them.”

“100% proof.” It doesn’t get any more definitive than that, people.

The mysterious footage also made Waring question SpaceX founder Elon Musk, who has long been on record as wanting to colonize Mars.

“Why is Ellon [sic] Musk keeping this a secret from the public?” asked Waring. “Has he been threatened by National Security in order to keep Ellon [sic] silent on the matter?”

Good questions. Questions for which there are most certainly answers because…

Previously…
• Top researchers claim U.S. military is covering up their own super advanced aircraft by making people believe it is a UFO
• Mysterious hovering orbs over Mesa have many believing they spotted a glowing UFO
• UFO seen by 100+ people hovering in the California sky for five minutes sparks alien concerns
• A stationary UFO recorded in the South Carolina sky sparks secret government surveillance theory
• Former head of MI6, who’s allegedly part of a secret global conspiracy on UFOs, says he believes aliens do exist
• UFO expert claims ISS video is ‘100% proof’ NASA, Russia know aliens visit the space station
• Bug expert declares there are insects on Mars and then suddenly deletes research after backlash
• UFO expert claims to have video proof of a fleet of alien spaceships passing by our moon
• 5 Navy veterans and new anonymous source who witnessed the USS Nimitz UFO incident come forward to reveal what they saw
• Retired Air Force Major says a space alien was shot and killed at a base in 1978, government covered it up
• US Navy pilot David Fravor who claims to have witnessed a UFO says the tapes of the encounter have disappeared
• Eyewitnesses spot identical fleet of UFOs in the sky over Utah and North Carolina in the same day
• UFO expert says he has ‘100% proof’ that aliens currently live in a ‘city’ on our moon
• Red triangular craft recorded hovering in the Texas sky is perhaps the ‘clearest UFO footage’ ever
• Top Gun Navy pilot describes his incredible UFO encounter on ‘The Joe Rogan Experience’
• A strange ‘fleet’ of 14 glowing UFOs was spotted and caught on camera off the coast of North Carolina