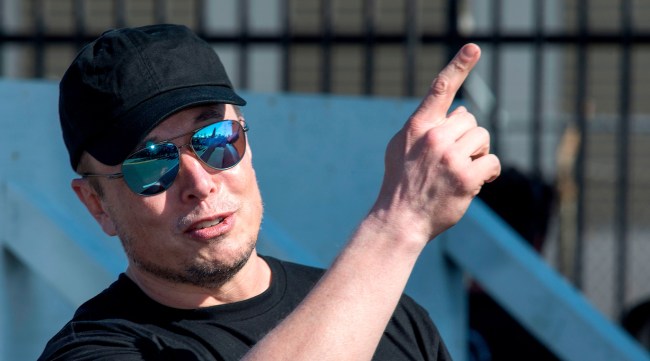 SpaceX founder and CEO Elon Musk caused a major commotion on the internet Thursday night with a two-word tweet that read “Nuke Mars!”

So why did the man who has now made it so we live in a world where monkeys can control computers with their minds issue such a proclamation?

After all, most of the news surrounding the CEO of Tesla over the past two years has been about him wanting to send humans to Mars and then colonize it.

Turns out that Musk has a very good reason for wanting to nuke Mars. In fact, this isn’t even the first time he has made this suggestion.

Back in 2015, Musk hypothesised Mars could be made more Earth-like if it were warmer and he believes dropping nuclear bombs over its poles would probably do the trick.

Unfortunately, the wet blankets over at NASA claimed in 2018 that that Musk’s idea wouldn’t work.

Mars does not retain enough carbon dioxide that could practically be put back into the atmosphere to warm Mars, according to a new NASA-sponsored study. Transforming the inhospitable Martian environment into a place astronauts could explore without life support is not possible without technology well beyond today’s capabilities.

Despite that bit of downer news, folks on Twitter were very fired up by Musk’s tweet about nuking the red planet.

But how will I have my Total Recall Oxygen bar scene complete with dwarf bartenders and 3 boobed waitresses,if you nuke Mars?
Pls reconsider

That's my boy right there. Elon 'mother fuckin' Musk. Get some baby. GET SOME. I got you fam. Let's get some. pic.twitter.com/KqRSxkA9qQ

Well that escalated quickly. But I support your decision Lord Elon. Nuke it.