Flurry Of UFO Sightings, Including A ‘Tic Tac’ Spotted By A Pilot Over Mexico, Sparks More Speculation 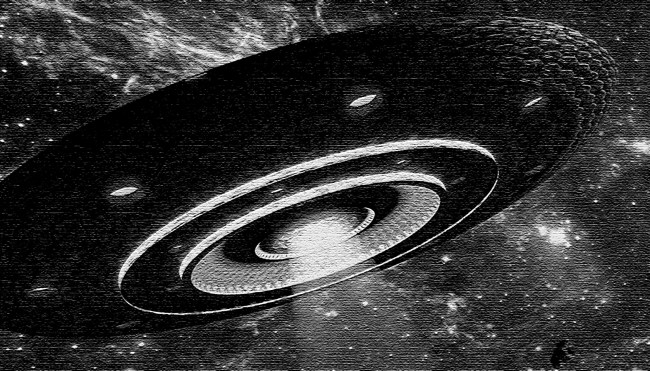 “I have never in my life been witness to such phenomena, however, my first officer and I were in complete awe,” wrote an airline pilot with 29 years of service in the description of a UFO sighting video he recently shared.

“Forgive a slight delay in the submission as I, had my doubts about reporting such occurrences but have no doubts as to what was witnessed,” he continued. “Forgive some of the chatter and expletives, but this was otherworldly.”

The video the pilot is referring to, dated March 28, 2020, is stated to be of a Tic Tac UFO sighting over Monterrey in Mexico. However, as the UFO experts over at MysteriousUniverse.org state, “the pilot’s description doesn’t make that connection” to a Tic Tac UFO.

Unfortunately, the identity of the pilot is not revealed so his claimed experience can’t be checked. Pilot sightings are generally given more credence than those ground-based, especially since they can better identify UFOs (which this one couldn’t) and pick them up on radar (which this one didn’t), leading the pilot to call it “an unidentified flying object, bro.” Based on the video and the comments, this doesn’t appear to be a “Tic Tac” of the Nimitz kind since it’s not zipping around at unbelievable speeds and doesn’t appear on radar. Without any more to go on, this one is still an open-and-not-shut case of unidentified flying object.

That being said, the video certainly has caught the attention of its viewers with numerous people theorizing about what exactly the pilot witnessed.

“I am honestly telling you, this is the exact same type I’ve seen several times,” said one commenter.

“I’ve seen this before too, near Lake Ontario. Pretty wild,” commented another.

“Wow, this is amazing. He refers to the plane’s TCAS which is “traffic collision avoidance system” which doesn’t pick up traffic at his altitude. Quite amazing,” another viewer added.

“The wife and I saw a real closeup of this type UFO last July 8 over our camp ground in Durango Colorado,” revealed another viewer. “Only if we could have grabbed our cell phone to get a picture of it, It was probably only 2000 ft above us moving slow and followed by a green ball of light, then a blue ball of light. We now have no doubt we are not alone. Keep your eyes on the sky.”

Viewers also pointed out that there was a similar sighting over El Paso, Texas just three days later.

On top of those UFO sightings, two others were also reported recently, one near Seattle, Washington and another over St. Petersburg, Russia.

So what is causing this sudden flurry of UFO sightings? Is it because people are spending less time at work and have more free time on their hands to look at the skies? or is it because, as one scientist claims, coronavirus was brought to Earth by a meteroite that hit China in 2019?

Previous news and evidence…
• Top quantum physicist believes USS Nimitz UFO used ‘metamaterial’ and time-traveled to reach 19,000 mph
• Time-lapse video showing mysterious ‘red trails’ reignites debate about UFOs over North Carolina
• Former UK Ministry Of Defence UFO investigator says we are completely unprepared for an alien invasion
• ‘Black Triangle’ UFO spotted orbiting the sun on NASA video: ‘This is an alien space station’
• UFO sighting is ‘absolute proof’ a Mexican volcano is being used as a secret alien base of operations
• Satellite photos spot mysterious objects emerging from top secret Area 51 experimental air base
• Secret Area 51 tunnel openings discovered on Google Earth, are they UFO hangar entrances?
• Google Earth shows ‘an example of an alien abduction taking place’ near Fiji, says UFO expert
• NASA live cam catches UFO flying near International Space Station on video
• USS Nimitz technician technician allegedly forced to sign NDA after witnessing Tic-Tac UFO from Navy spy plane
• ‘Fleet of UFOs’ hovering over Arizona captured on video
• Darting UFO recorded on NASA live stream shows ‘proof’ the International Space Station is being watched
• Mind-blowing new book puts forth theory that UFOs may actually be crafts piloted by time-traveling humans
• UFO hunters claim they are behind the unexplained group of Colorado drones, mystery remains unsolved
• Ominous black ring cloud hovers in the sky above Pakistan
• Glowing UFO spotted on NASA live stream of the Space Station sparks more claims aliens are real
• Newly declassified CIA intelligence report reveals new info about 1973 UFO sighting at ‘Site 7’ in Russia
• Navy admits it has additional ‘top secret’ footage of USS Nimitz UFO encounter but won’t release it
• UFO sighting? Mysterious object leaving a fiery trail in the sky spotted by multiple people in Florida
• Navy pilot who filmed USS Nimitz UFO encounter breaks his silence after 15 years – Tic Tac craft broke laws of physics
• UFO that ‘nearly hits’ a SpaceX satellite during live stream is ‘100% proof aliens are watching,’ says expert
• Top researchers claim U.S. military is covering up their own super advanced aircraft by making people believe it is a UFO
• Mysterious hovering orbs over Mesa have many believing they spotted a glowing UFO
• UFO seen by 100+ people hovering in the California sky for five minutes sparks alien concerns
• A stationary UFO recorded in the South Carolina sky sparks secret government surveillance theory
• Former head of MI6, who’s allegedly part of a secret global conspiracy on UFOs, says he believes aliens do exist
• UFO expert claims ISS video is ‘100% proof’ NASA, Russia know aliens visit the space station
• Bug expert declares there are insects on Mars and then suddenly deletes research after backlash
• UFO expert claims to have video proof of a fleet of alien spaceships passing by our moon
• 5 Navy veterans and new anonymous source who witnessed the USS Nimitz UFO incident come forward to reveal what they saw
• Retired Air Force Major says a space alien was shot and killed at a base in 1978, government covered it up
• US Navy pilot David Fravor who claims to have witnessed a UFO says the tapes of the encounter have disappeared
• Eyewitnesses spot identical fleet of UFOs in the sky over Utah and North Carolina in the same day
• UFO expert says he has ‘100% proof’ that aliens currently live in a ‘city’ on our moon
• Red triangular craft recorded hovering in the Texas sky is perhaps the ‘clearest UFO footage’ ever
• Top Gun Navy pilot describes his incredible UFO encounter on ‘The Joe Rogan Experience’
• A strange ‘fleet’ of 14 glowing UFOs was spotted and caught on camera off the coast of North Carolina