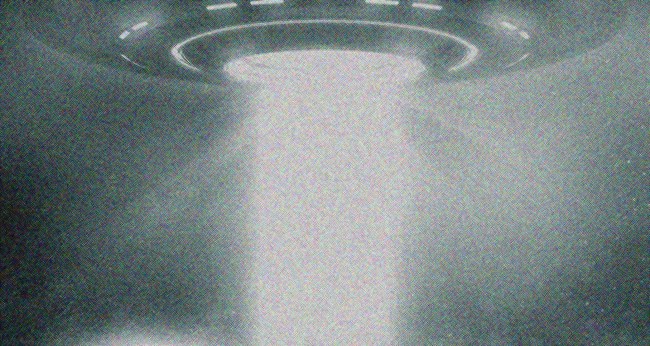 The recent proliferation of UFO sightings, along with the numerous asteroids threatening the planet, show us that what is happening in outer space could eventually become a real threat to our very existence.

Hardly a day goes by without one of these and other threats being reported, reinforcing the belief that we are not alone in the universe.

One of these recent reports of extraterrestrial activity comes to us from noted UFO and alien expert Scott Waring, who while searching at Google Earth discovered what he believes to be a UFO abducting a plane in the area near Fiji. 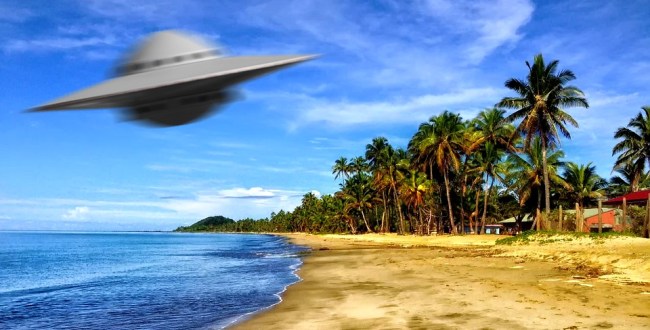 “I was looking at Google Earth map when I found this mysterious glowing object in front of a plane,” Waring wrote on his website. “The object’s color is what really stands out […] the back of the UFO it’s pinkish like a half circle and in the front it’s glowing white. I believe this is because the UFO has lowered part of it’s shield so that they could bring things in and out of the plane into the UFO. This may be a frozen in time event, a moment in time frozen because the aliens erase the memories of the people on board and then put them back hours later. This is an example of an alien abduction taking place over the ocean in a plane. 100% proof that aliens are abducting humans.”

You can’t go any higher than 100 percent, people.

“If you look carefully you will see a black shadow around the plane like there’s a bubble forming, like it is being taken inside of something,” Waring posits in the accompanying video.

“Where is that pink coming from?” he later adds after zooming in and enhancing the footage using imaging software.

“Maybe the pink part is like a force field around the UFO,” Waring hypothesizes. “They take the force field off the front of it so they can scan or take a closer look at this airplane. Maybe they’re freezing it in time and nobody on board even knows is happening. You know how many people report being frozen in time their car and they see a UFO and then suddenly they realize they’re driving and it’s six hours later, and they haven’t moved, they’re still in the same place.”

“Looks like a ship or portal,” commented one viewer.

“Amazing find this airplane like you said frozen in time, amazing work! I wonder what ever happened to the people in the plane were they like captured them? Did they portal them to another planet? Or just let them go?” questioned another.

Unfortunately, we don’t have the answers to her questions right now, but as we all know…

Previously…
• NASA live cam catches UFO flying near International Space Station on video
• USS Nimitz technician technician allegedly forced to sign NDA after witnessing Tic-Tac UFO from Navy spy plane
• ‘Fleet of UFOs’ hovering over Arizona captured on video
• Darting UFO recorded on NASA live stream shows ‘proof’ the International Space Station is being watched
• Mind-blowing new book puts forth theory that UFOs may actually be crafts piloted by time-traveling humans
• UFO hunters claim they are behind the unexplained group of Colorado drones, mystery remains unsolved
• Ominous black ring cloud hovers in the sky above Pakistan
• Glowing UFO spotted on NASA live stream of the Space Station sparks more claims aliens are real
• Newly declassified CIA intelligence report reveals new info about 1973 UFO sighting at ‘Site 7’ in Russia
• Navy admits it has additional ‘top secret’ footage of USS Nimitz UFO encounter but won’t release it
• UFO sighting? Mysterious object leaving a fiery trail in the sky spotted by multiple people in Florida
• Navy pilot who filmed USS Nimitz UFO encounter breaks his silence after 15 years – Tic Tac craft broke laws of physics
• UFO that ‘nearly hits’ a SpaceX satellite during live stream is ‘100% proof aliens are watching,’ says expert
• Top researchers claim U.S. military is covering up their own super advanced aircraft by making people believe it is a UFO
• Mysterious hovering orbs over Mesa have many believing they spotted a glowing UFO
• UFO seen by 100+ people hovering in the California sky for five minutes sparks alien concerns
• A stationary UFO recorded in the South Carolina sky sparks secret government surveillance theory
• Former head of MI6, who’s allegedly part of a secret global conspiracy on UFOs, says he believes aliens do exist
• UFO expert claims ISS video is ‘100% proof’ NASA, Russia know aliens visit the space station
• Bug expert declares there are insects on Mars and then suddenly deletes research after backlash
• UFO expert claims to have video proof of a fleet of alien spaceships passing by our moon
• 5 Navy veterans and new anonymous source who witnessed the USS Nimitz UFO incident come forward to reveal what they saw
• Retired Air Force Major says a space alien was shot and killed at a base in 1978, government covered it up
• US Navy pilot David Fravor who claims to have witnessed a UFO says the tapes of the encounter have disappeared
• Eyewitnesses spot identical fleet of UFOs in the sky over Utah and North Carolina in the same day
• UFO expert says he has ‘100% proof’ that aliens currently live in a ‘city’ on our moon
• Red triangular craft recorded hovering in the Texas sky is perhaps the ‘clearest UFO footage’ ever
• Top Gun Navy pilot describes his incredible UFO encounter on ‘The Joe Rogan Experience’
• A strange ‘fleet’ of 14 glowing UFOs was spotted and caught on camera off the coast of North Carolina