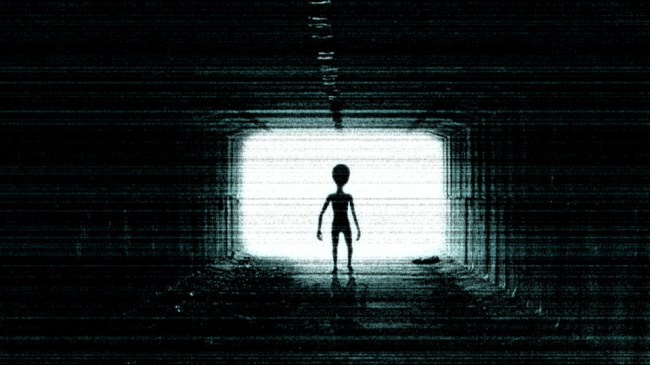 Will April 20, 2020 go down as the day aliens officially decided to ramp up their monitoring of the current situation on Earth after causing a pandemic to see how we would handle it and/or weaken humans for their impending hostile takeover of the planet?

The recent flurry of UFO sightings already had citizens of Earth scratching their heads, but with three different UFO events happening recently in three different cities all in the same night, speculation is about at an all time high.

The three UFO sightings that took place on April 20th came in not only three different cities, but on two completely different continents.

Two of them took place in England, one in Coatbridge and another in City of Street, while the third UFO sighting of the night happened in Rives Junction, Michigan — all chronicled on the web site of UFO and alien expert Scott Waring.

I heard a weird sound Like A Pulsating hum. Thought it was coming from power substation across the street. Concerned I went to look. I opened my front door and Heard it Above the house looked up and There it was. It had a Set of 4 lights in sets of 2. 2 in front 2 behind those. One on each rear area and One big red blinking light. Out line was clearly visable and shapes see lights lit up underside. Was was very unique shape if seen again could Identify. But I have never seen Anything like this. And it flickered 3 times and Disappeared. 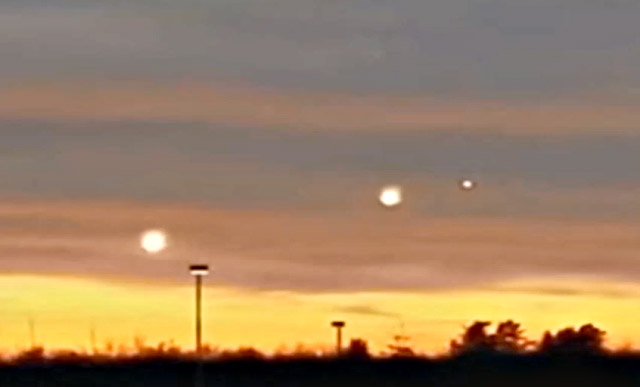 Interestingly, the night before, April 19th, a similar UFO sighting occurred over Harrison Township in Michigan.

The other two UFO sightings on April 20th appeared to be an “energy sphere” that appeared over Great Britain and were captured on camera by multiple residents of England. 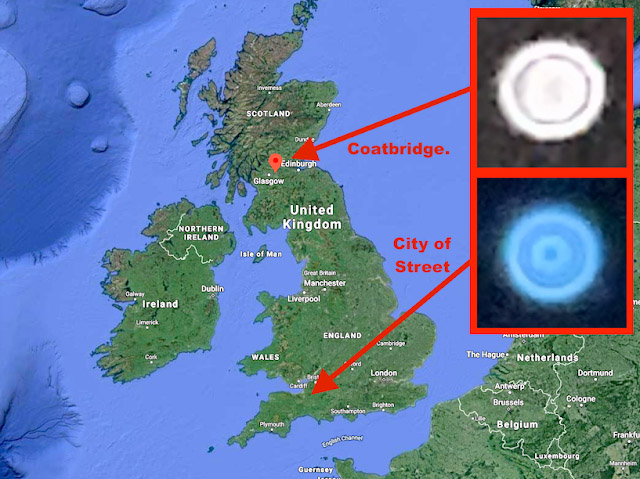 The eyewitness in Coatbridge stated, “Pulsing ball of light moving at incredible speed over short distances, changing shape and size frequently. It stayed in same place for hours then slowly moved away into the distance.”

While the person who spotted the orb in City of Street explained, “Observed bright light in sky in a westerly direction from my house in Street. Appeared to be star like as it was so bright, I was able to zoom in on my iPhone 11 which shows a doughnut shape.”

Waring, while discussing this particular sighting wrote, “People try to dismiss them as stars, but they often dart around high in the sky so we know its not a Venus or some other planet.”

He added that these sightings are “undeniable proof” that aliens are monitoring the planet.

“It really makes sense…aliens taking notice of the humans race right now…sending these energy probes to watch, record and return with data to inform them of whats to come for humanity,” he wrote. “You see, aliens are intelligent, deeply so, they use the data about the current situations to create thousands of possible resulting outcomes. The outcomes with the highest chance of happening…is the ones that aliens will assume will most likely happen with humanity. Think of their data gathering as…a road map to the future. Coronavirus…may be far from ending. It is even possible that the gov is downplaying the virus, which eventually they know will mutate and…cause our extinction over the next few years.”

Is he right? Or even in the ballpark with his speculation?

Previous UFO and alien news and evidence…
• Former French Director of Intelligence says he believes UFOs may come from parallel worlds
• UFO expert believes he has found evidence of alien life on Mars in image ‘deleted by NASA’
• UFO spotted on NASA live stream video outside the International Space Station is ‘absolutely real’
• Mysterious UFO sighting during the day in northern Siberia leaves top Russian scientists baffled
• Expert claims triangle UFO spotted on an Antarctic Island is 100% ‘proof of ancient aliens’
• Mass UFO sighting in the skies above Detroit and Cleveland on consecutive nights has people shook
• UFO expert Tom DeLonge shares strange video of a huge ‘fiery orange’ orb dancing about the sky over California
• Flurry of UFO sightings, including a ‘Tic Tac’ spotted by a pilot over Mexico, sparks more speculation
• Top quantum physicist believes USS Nimitz UFO used ‘metamaterial’ and time-traveled to reach 19,000 mph
• Time-lapse video showing mysterious ‘red trails’ reignites debate about UFOs over North Carolina
• Former UK Ministry Of Defence UFO investigator says we are completely unprepared for an alien invasion
• ‘Black Triangle’ UFO spotted orbiting the sun on NASA video: ‘This is an alien space station’
• UFO sighting is ‘absolute proof’ a Mexican volcano is being used as a secret alien base of operations
• Satellite photos spot mysterious objects emerging from top secret Area 51 experimental air base
• Secret Area 51 tunnel openings discovered on Google Earth, are they UFO hangar entrances?
• Google Earth shows ‘an example of an alien abduction taking place’ near Fiji, says UFO expert
• NASA live cam catches UFO flying near International Space Station on video
• USS Nimitz technician technician allegedly forced to sign NDA after witnessing Tic-Tac UFO from Navy spy plane
• ‘Fleet of UFOs’ hovering over Arizona captured on video
• Darting UFO recorded on NASA live stream shows ‘proof’ the International Space Station is being watched
• Mind-blowing new book puts forth theory that UFOs may actually be crafts piloted by time-traveling humans
• UFO hunters claim they are behind the unexplained group of Colorado drones, mystery remains unsolved
• Ominous black ring cloud hovers in the sky above Pakistan
• Glowing UFO spotted on NASA live stream of the Space Station sparks more claims aliens are real
• Newly declassified CIA intelligence report reveals new info about 1973 UFO sighting at ‘Site 7’ in Russia
• Navy admits it has additional ‘top secret’ footage of USS Nimitz UFO encounter but won’t release it
• UFO sighting? Mysterious object leaving a fiery trail in the sky spotted by multiple people in Florida
• Navy pilot who filmed USS Nimitz UFO encounter breaks his silence after 15 years – Tic Tac craft broke laws of physics
• UFO that ‘nearly hits’ a SpaceX satellite during live stream is ‘100% proof aliens are watching,’ says expert
• Top researchers claim U.S. military is covering up their own super advanced aircraft by making people believe it is a UFO
• Mysterious hovering orbs over Mesa have many believing they spotted a glowing UFO
• UFO seen by 100+ people hovering in the California sky for five minutes sparks alien concerns
• A stationary UFO recorded in the South Carolina sky sparks secret government surveillance theory
• Former head of MI6, who’s allegedly part of a secret global conspiracy on UFOs, says he believes aliens do exist
• UFO expert claims ISS video is ‘100% proof’ NASA, Russia know aliens visit the space station
• Bug expert declares there are insects on Mars and then suddenly deletes research after backlash
• UFO expert claims to have video proof of a fleet of alien spaceships passing by our moon
• 5 Navy veterans and new anonymous source who witnessed the USS Nimitz UFO incident come forward to reveal what they saw
• Retired Air Force Major says a space alien was shot and killed at a base in 1978, government covered it up
• US Navy pilot David Fravor who claims to have witnessed a UFO says the tapes of the encounter have disappeared
• Eyewitnesses spot identical fleet of UFOs in the sky over Utah and North Carolina in the same day
• UFO expert says he has ‘100% proof’ that aliens currently live in a ‘city’ on our moon
• Red triangular craft recorded hovering in the Texas sky is perhaps the ‘clearest UFO footage’ ever
• Top Gun Navy pilot describes his incredible UFO encounter on ‘The Joe Rogan Experience’
• A strange ‘fleet’ of 14 glowing UFOs was spotted and caught on camera off the coast of North Carolina