Ominous Black Ring Cloud Hovers In The Sky Above Pakistan 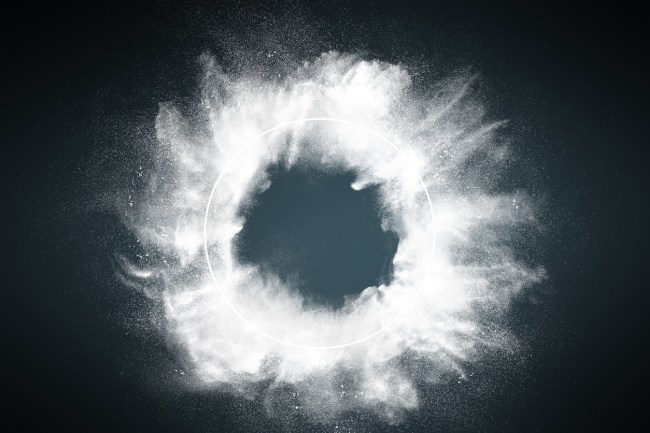 A strange black ring cloud was spotted above the city of Lahore in northeast Pakistan this week. The sinister-looking O-ring looked otherworldly as it hovered over the Pakistani city near the border of India.

The ominous cloud that has a black border caused alarm in the people who saw the perplexing sky structure. Witnesses of the dark-colored O-ring called it the “evil cloud.” Some people were convinced the cloud was a UFO or alien spacecraft. While others believed it was a “portal to hell.”

I think they are here to take back Gulbukhari now that her shrink has given up. pic.twitter.com/WXjoVyeWeP

The circular cloud looks almost like a round vape cloud that is blown.

The same kind of O-ring cloud was seen in Dubai a few weeks ago.

I noticed a similar thing some weeks ago in Dubai pic.twitter.com/qGl6xhgMtk

Clouds of the same color and shape have been seen around the world over the past few years.

In 2014, there was a vortex ring in Leamington Spa, England.

In April of 2015, a bizarre cloud was spotted in the sky above a village in northern Kazakhstan.

The United States is not exempt from these odd clouds. One was seen in Albuquerque, New Mexico, in 2018.

Smoke ring in the Albuquerque sky this am. pic.twitter.com/dPy9Dvy6F0

In 2016, a video of a scary black ring was recorded above Disneyland in Anaheim, California.

In 2012, there was a smoke ring hovering over Chicago.

So what are these strange clouds? There are a number of causes for the O-ring smoke clouds. In the case of Chicago, it was an electrical transformer that exploded.

In 2013, a pyrotechnic test for a fireworks show suffered a mishap and birthed a smoke cloud in Pinellas, Florida.

Strange smoke ring in #Pinellas sky. We looked into it and found… http://t.co/MeE7Svxqh9 #weird @ericglassertv pic.twitter.com/nclzPa6wTw

These dark O-rings can be started from a factory smokestack or someone burning trash or crude oil. Sorry UFO hunters and black magic enthusiasts, these creepy clouds are nothing paranormal or extraterrestrial, and anyone telling you otherwise is blowing smoke up your ass.