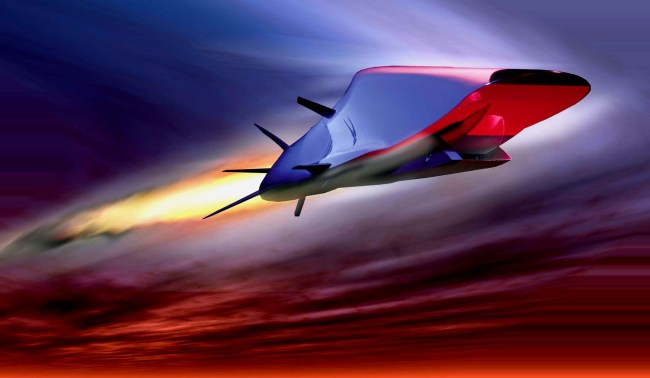 Folks in and around Fort Pierce, Florida started out the new year with a mystery on their hands as numerous people on the Treasure Coast spotted a mysterious object leaving a fiery trail in the sky despite the fact there were no scheduled rocket launches set for January 1st, according to Kennedy Space Center.

Multiple citizens from Vero Beach to Jensen Beach who were up for the sunrise that day took pictures or shot video of the unexpected sight and wondered if they had just seen a UFO. (They totally did.)

Julia Buckley told WPBF she saw the unidentified flying object in the sky a little before 7am off the coast of Vero Beach, while Floridian John Simard says he was near the Fort Pierce Inlet when he noticed the strange craft in the sky.

“There was something unusual on the horizon,” said Simard. “Small clouds that were really bright. We look at them for a little while. Then I took out my camera and started taking pictures. I zoomed in and as I zoomed and it became obvious what I was looking at was some kind of contrail from some type of rocket or something going up. Which I though was odd since there’s no launchpads out in the middle of the Atlantic.”

“It looked like a fiery trail going up out of the ocean,” Simard told WPTV. “I started firing off pictures, and then I noticed a speck of light above the contrail so I zoomed in and I was able to get a couple of pictures of what clearly appeared to be some kind of rocket going up, or missile.”

Several reported seeing the object with a fiery trail from Vero Beach to Jensen Beach in the moments before the sunrise.

“Looks like a rocket you know, could be aliens,” says Josh Plauche who looked at the photos from Fort Pierce.

WPTV reporter Matt Sczesny, who spoke to several witnesses, said, “NASA had no scheduled launches today and we couldn’t get through to the Pentagon for a comment on this. But again, the many who saw it out on the beach earlier this morning were very surprised.”

As they should have been.

Sanford Manley, a former historian with the Strategic Air Command, tried to throw a wet blanket on the sighting, saying, “It’s very easy to speculate people think they see something,” and claiming that all people saw was just the contrail of a jet.

“The sun filters the light through the atmosphere and turns red like at sunset or sunrise. So it catches these contrails, which normally we see as white and tints them red.”

Manley added, “The plane is very high catching the sunlight before the sun has come up therefore its glowing red,” and that instances such as this usually occur more at sunset rather than at sunrise, but it can happen in the morning as well.

Of course he said that. He used to work for the United States government.

That’s right. Laugh it up, newspeople. As Britain’s first astronaut is well aware…

Previously…
• Navy pilot who filmed USS Nimitz UFO encounter breaks his silence after 15 years – Tic Tac craft broke laws of physics
• UFO that ‘nearly hits’ a SpaceX satellite during live stream is ‘100% proof aliens are watching,’ says expert
• Top researchers claim U.S. military is covering up their own super advanced aircraft by making people believe it is a UFO
• Mysterious hovering orbs over Mesa have many believing they spotted a glowing UFO
• UFO seen by 100+ people hovering in the California sky for five minutes sparks alien concerns
• A stationary UFO recorded in the South Carolina sky sparks secret government surveillance theory
• Former head of MI6, who’s allegedly part of a secret global conspiracy on UFOs, says he believes aliens do exist
• UFO expert claims ISS video is ‘100% proof’ NASA, Russia know aliens visit the space station
• Bug expert declares there are insects on Mars and then suddenly deletes research after backlash
• UFO expert claims to have video proof of a fleet of alien spaceships passing by our moon
• 5 Navy veterans and new anonymous source who witnessed the USS Nimitz UFO incident come forward to reveal what they saw
• Retired Air Force Major says a space alien was shot and killed at a base in 1978, government covered it up
• US Navy pilot David Fravor who claims to have witnessed a UFO says the tapes of the encounter have disappeared
• Eyewitnesses spot identical fleet of UFOs in the sky over Utah and North Carolina in the same day
• UFO expert says he has ‘100% proof’ that aliens currently live in a ‘city’ on our moon
• Red triangular craft recorded hovering in the Texas sky is perhaps the ‘clearest UFO footage’ ever
• Top Gun Navy pilot describes his incredible UFO encounter on ‘The Joe Rogan Experience’
• A strange ‘fleet’ of 14 glowing UFOs was spotted and caught on camera off the coast of North Carolina