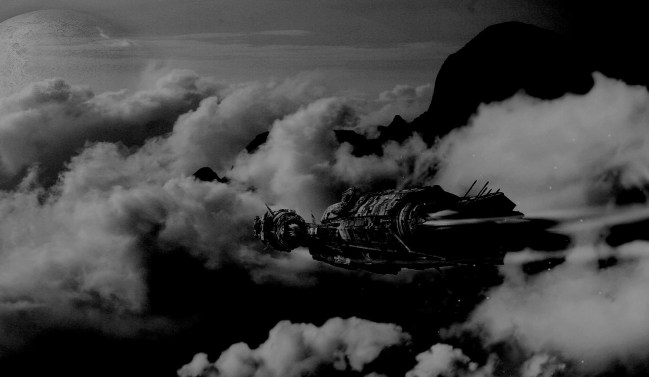 As we have chronicled several times in the past, on November 14, 2004, after being notified of something unusual flying off the coast of San Diego by the USS Princeton, Navy pilots that had already launched off the USS Nimitz witnessed an aircraft the shape of a Tic Tac, about 46-feet-long, flying at a speed of 24,000 mph, and displaying the kind of maneuverability that went against all of the laws of physics.

In 2019, Squadron Commander David Fravor along with four other Navy veterans from the Nimitz Carrier Strike Group, Gary Voorhis, Kevin Day, Ryan Weigelt, Jason Turner, and P.J. Hughes, went public, revealing what they witnessed over the Pacific Ocean about off the coast of San Diego in 2004.

Navy pilot Chad Underwood actually recorded footage of the mysterious aircraft back in 2004 using his jet’s the plane’s FLIRAdvanced Targeting Forward Looking Infrared (ATFLIR), “an optical electric- and thermal-imaging system that was developed for U.S. Navy pilots by Raytheon.”

In November of 2019, Fravor said that the original radar tapes of the UFO encounter disappeared from the USS Princeton archives and “someone has taken that page from the logbook.”

The United States Navy has admitted that the videos are real, but a little over three months after researcher Christian Lambright submitted a Freedom of Information Act request to the Navy’s Office of Naval Intelligence requesting records relating to the USS Nimitz UFO encounter he was told there are other documents and another video, but there were “no releasable records.” (View the Navy’s official response here.)

The Navy stated that the documents in question are exempt from release because they are classified as TOP SECRET and would cause “exceptionally grave damage to the National Security of the United States.”

Our review of our records and systems reveal that ONI has no releasable records related to your request. ONI has searched our records for responsive documents. We have discovered certain briefing slides that are classified TOP SECRET. A review of these materials indicates that are currently and appropriate Marked and Classified TOP SECRET under Executive Order 13526, and the Original Classification Authority has determined that the release of these materials would cause exceptionally grave damage to the National Security of the United States. Specifically, under Section 1.4, the materials would trigger protections under subcategory c), the Intelligence Activities of the United States, as well as the Sources and Methods that are being used to gather information in support of the National Security of the United States. In addition, the materials would trigger protections under subcategory e), Scientific and Technological Matters related to the National Security of the United States. For this reason, the materials are exempt from release under the (b) (1) Exemption for Classified Matters of National Defense. As a result these records may not be released and are being withheld.

We have also determined that ONI possesses a video classified SECRET that ONI is not the Original Classification Authority for. ONI has forwarded your request to Naval Air Systems Command to make a determination on releasability…”

Several sailors who were on the USS Nimitz have reported seeing a longer video, which the Pentagon has said does not exist.

Additionally, Lead Petty Officer Ryan Weigelt has stated that following the USS Nimitz UFO encounter a group of United States Air Force personnel that weren’t assigned to the ship landed, went straight to the Admiral’s quarters, and then took “something” off the ship’s helicopters which rendered them unable to fly until whatever it was they had taken was returned. They then then left the ship by a RIB (rigid-hulled inflatable boat).

“There’s no doubt in my mind that these guys were looking for data on the UFOs,” said Weigelt.

There’s also no doubt that…

Previously…
• UFO sighting? Mysterious object leaving a fiery trail in the sky spotted by multiple people in Florida
• Navy pilot who filmed USS Nimitz UFO encounter breaks his silence after 15 years – Tic Tac craft broke laws of physics
• UFO that ‘nearly hits’ a SpaceX satellite during live stream is ‘100% proof aliens are watching,’ says expert
• Top researchers claim U.S. military is covering up their own super advanced aircraft by making people believe it is a UFO
• Mysterious hovering orbs over Mesa have many believing they spotted a glowing UFO
• UFO seen by 100+ people hovering in the California sky for five minutes sparks alien concerns
• A stationary UFO recorded in the South Carolina sky sparks secret government surveillance theory
• Former head of MI6, who’s allegedly part of a secret global conspiracy on UFOs, says he believes aliens do exist
• UFO expert claims ISS video is ‘100% proof’ NASA, Russia know aliens visit the space station
• Bug expert declares there are insects on Mars and then suddenly deletes research after backlash
• UFO expert claims to have video proof of a fleet of alien spaceships passing by our moon
• 5 Navy veterans and new anonymous source who witnessed the USS Nimitz UFO incident come forward to reveal what they saw
• Retired Air Force Major says a space alien was shot and killed at a base in 1978, government covered it up
• US Navy pilot David Fravor who claims to have witnessed a UFO says the tapes of the encounter have disappeared
• Eyewitnesses spot identical fleet of UFOs in the sky over Utah and North Carolina in the same day
• UFO expert says he has ‘100% proof’ that aliens currently live in a ‘city’ on our moon
• Red triangular craft recorded hovering in the Texas sky is perhaps the ‘clearest UFO footage’ ever
• Top Gun Navy pilot describes his incredible UFO encounter on ‘The Joe Rogan Experience’
• A strange ‘fleet’ of 14 glowing UFOs was spotted and caught on camera off the coast of North Carolina