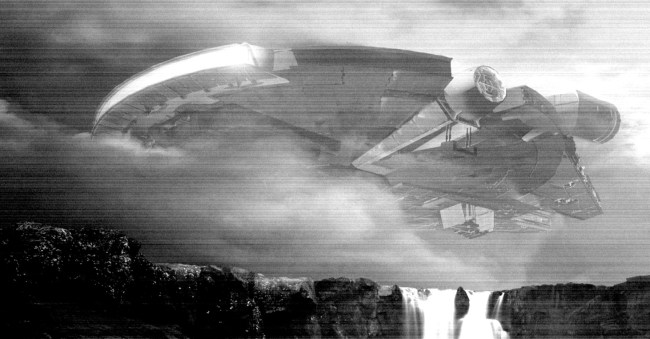 The Pentagon finally releasing three of the declassified and verified authentic UFO videos taken by Navy pilots in 2004 and 2015 has made the country of Japan suddenly a lot more interested in taking a look into the phenomenon and developing protocols for dealing with UFO encounters.

This despite Japanese Defense Minister Taro Kono dubiously telling The Japan Times this week, “To be honest, I don’t believe in UFOs.”

He says the reasoning for this “newfound” interest in UFO encounters is “because the Defense Department released such a video, I would like to hear from the US side about its intention and analysis.”

The man doth protest too much, methinks.

During a recent news conference, Kono stated, “We would like to establish procedures in the event an encounter is made with a UFO. If video can be taken (of a UFO encounter) and if a report is possible, then a report will be made. Discussions will be held with the Air SDF about just what can be done.”

When Kono was asked to share his take on the supernatural and psychic abilities, his response was, “That is a corporate secret.”

A Japanese Air Force source also spoke with The Japan Times and told the publication, “If (UFOs) are encountered, training will be cancelled immediately. We will seek to identify it from a safe distance, including whether it is a drone, and report it to the Air Defense Direction Center for orders.”

Sue Gough, spokesperson for the U.S. Defense Department, said about the recently released UFO videos, “After a thorough review, the department has determined that the authorized release of these unclassified videos does not reveal any sensitive capabilities or systems, and does not impinge on any subsequent investigations of military air space incursions by unidentified aerial phenomena.”

Right now, the Japanese Defence Ministry’s strategy for a craft entering Japanese air space is to deploy fighter jets to discoverer where the craft came from and to shoot down the object if necessary.

However, Japanese authorities are wary that a UFO could be detected from the ground, and if one could be shot down.

For this reason, military leaders in Japan will draw up a protocol on how to react to a UFO encounter.

That seems like a pretty strong plan of response for something that the Japanese Defense Minister doesn’t believe exists, don’t you think?