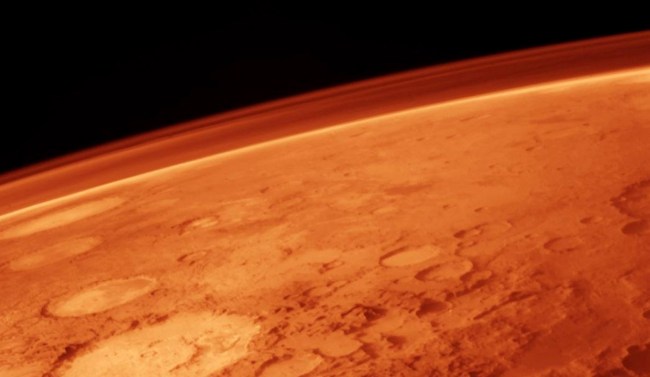 With The Pentagon releasing three of the unclassified UFO videos taken by Navy pilots in 2004 and again in 2015 this week, UFO and alien hunters have been on high alert looking for more proof of extraterrestrial existence.

One such expert, Scott Waring, has long been on the case, recently discovering what he calls “100% indisputable proof alien cities exist on Earth’s moon.”

In addition to his research on extraterrestrial life on the moon, Waring has also long been studying the possibility of alien life on the planet Mars and has made numerous observations that have led him to believe that not only is there proof of aliens inhabiting the red planet at one point or another, NASA has also been doing its best to cover it up.

His latest discovery came this week as he was studying Mars in a Curiosity Rover photo.

He writes on his web site that “a giant sculpture head with a equally sized hand … may be evidence of a giant species…turned into a giant fossil. But [may] be a statue, since the doorways were so small.”

Waring added, “There were also two pyramids…one still being carved from the local stone, the other finished but with a face on the top. All in all, it seems Mars was teaming [sic] with intelligent life and the evidence is all over the place. Hard to believe NASA kept the secret for so long.”

Not really when you consider this isn’t the first time he has found what appear to be ancient alien pyramids on Mars.

Earlier this week, prior to that discovery, Waring spotted what he believes to be a statue on the surface of Mars.

“It has a nose, cheeks and eyes of a human, but ears of a goat, leges like a horse, but the back leg has the hoof reversed pointing the opposite direction,” he wrote. “The chiseled face makes me know this is a statue that was created…although the creature looks like it just collapsed in place.” 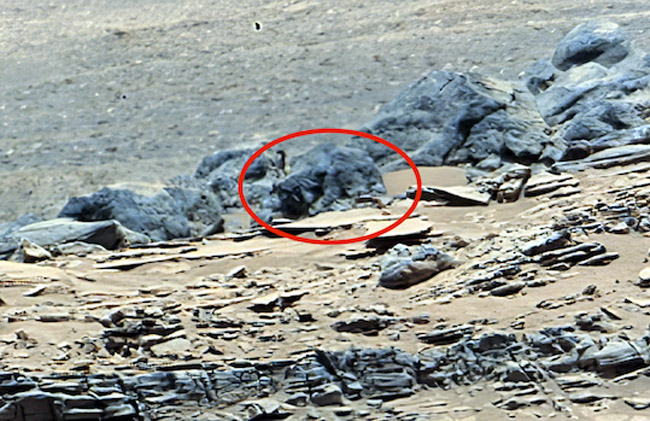 If that isn’t proof of alien existence on Mars then I don’t know what is, right?