Fleet Of UFOs Passing By The Moon Caught On Camera In Image From NASA’s Apollo 9 Mission, Says Expert 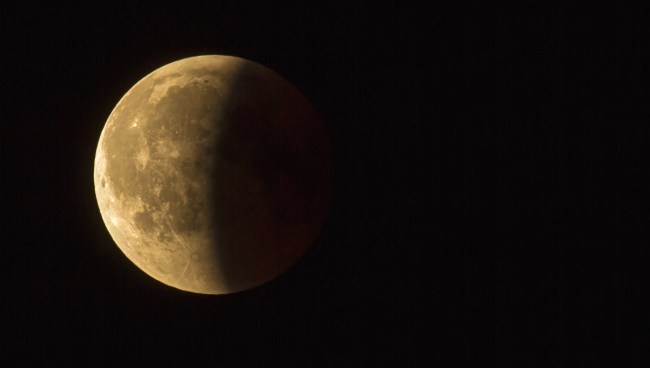 As we have seen numerous times in the past, UFOs are often spotted traveling in groups, or fleets. This has been going on for decades and in some cases has even occurred in multiple locations in the same day.

Another thing that has happened with semi-regularity when it comes to these mysterious fleets of UFOs is that they are often spotted passing by the Earth’s moon. Whether that is because they have business to take care of on the moon (certainly possible based on the evidence) or just because they slipped up and passed in front of the moon, causing its reflected light to reveal them, is yet to be determined.

This latest UFO sighting involving the moon was identified by alien expert Scott Waring, and it comes in the form of an image taken by the NASA Apollo 9 mission way back in March of 1969.

The Apollo 9 mission involved 10 days in orbit and 151 trips around Earth so there was ample opportunity for astronauts James McDivitt, David Scott, and Rusty Schweickart to observe many unusual phenomena.

Of note, the image in question was originally discovered by Waring back in 2013, but has since been deleted by NASA – something else that often occurs once these discoveries are made by civilians. 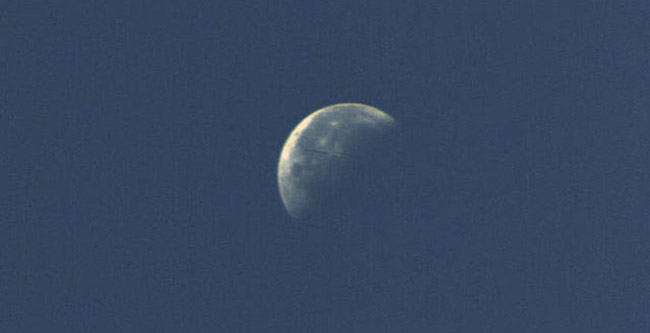 “Although I discovered this back in 2013, I had to check to make sure NASA didnt delete the source photo…and of course, they did,” he writes. “I did however find the same photo on the Wiki site. Let’s see how long that lasts, shall we?”

He goes on to explain, “UFOs that were over 2-3 km long have been seen and reported by pilots and other eyewitnesses, I myself have reported UFOs in NASA photos on the moon’s surface that were about 10km across in comparison with the nearby crater [whose] diameter is known. Here again are three UFOs, long and giant in size flying past the moon and recorded by none other than NASA! Its a glitch, a scratch, a cheap lens on your scope…sorry boys, NASA buys only the best quality and highest performance parts for its observations, but thank you for playing.” 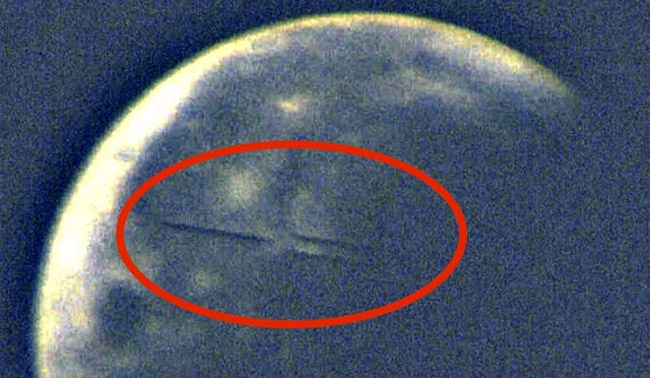 Numerous theorists over the years have speculated that the reason no one has traveled to and landed on the moon since NASA’s December 1972 Apollo 17 mission is because it is now occupied by aliens – evidence of which we have shared here on multiple occasions.

Is that the real reason why between 1969 and 1972 there were six successful manned moon landings involving 12 United States astronauts, but over the past 48 years there have been a total of zero?