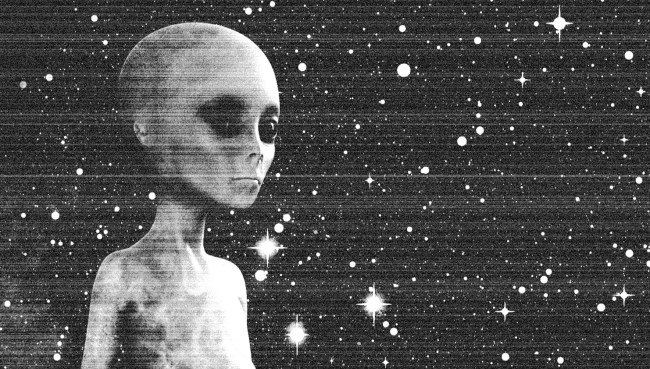 Think things are bad now, do you? Well, strap in, because at some point in the future it is going to get a whole lot worse, according to the former director of NASA Ames and the first Mars program director, Scott Hubbard.

Hubbard, now a adjunct professor of aeronautics and astronautics at Stanford University, recently published a paper in the National Academies of Sciences, Engineering and Medicine in which he explains that all those trips we have made and continue to make to outer space are going to come back and bite us in the butt one day when we drag home a supervirus like nothing we’ve ever seen before.

If that sort of claim sounds somewhat familiar, it’s because Hubbard is far from the only scientist who believes in such things.

Chandra Wickramasinghe, a scientist from the Buckingham Centre for Astrobiology, already stated back in February, “The sudden outbreak of a new coronavirus is very likely to have a space connection, the strong localization of the virus within China is the most remarkable aspect of the disease. In October last year a fragment of a comet exploded in a brief flash in North East China. We think it probable that this contained embedded within it a monoculture of infective 2019-nCoV virus particles that survived in the interior of the incandescent meteor. We consider the seemingly outrageous possibility that hundreds of trillions of infective viral particles were then released embedded in the form of fine carbonaceous dust. We believe infectious agents are prevalent in space, carried on comets, and can fall towards Earth through the troposphere. These, we think, can and have in the past gone on to bring about human disease epidemics.”

In his report, he states that the “advent of new space activities and players in the exploration and use of space” is raising new issues with regards to planetary protection (PP), which he says “refers primarily to space entrepreneurs such as Elon Musk (SpaceX), who launched his own cherry red Tesla Roadster to a Mars-like orbit around the sun aboard a Falcon Heavy rocket. We need some way of knowing whether they are following appropriate PP procedures.”

NASA and the world need to seriously plan for emerging commercial/entrepreneurial space activities in deep space. The complication is that NASA is a mission agency with huge PP expertise but not a regulatory agency like the Federal Aviation Administration, which has little PP knowledge but issues licenses for commercial launches.

Our committee concluded that the Outer Space Treaty applied to both the government and the private sector, and that it was very clear some entity in the U.S. government needed to “continually authorize and supervise” private activities in space.

And while cleaning a spacecraft to ensure nothing detrimental is coming or going to outer space is one thing, Hubbard pointed out, “Humans obviously cannot be cleaned like robots.”

“In my opinion, and that of the science community, the chance that rocks from Mars that are millions of years old will contain an active life form that could infect Earth is extremely low,” Hubbard added. “But, the samples returned by MSR will be quarantined and treated as though they are the Ebola virus until proven safe.”

The private sector’s invasion of outer space appears to be the biggest worry as Hubbard said the cost of PP requirements might just be too much for universities and companies conducting space activities.

“Past missions with large budgets – such as Viking I and II to Mars in the mid-1970s – were able to use heat to sterilize whole spacecraft. That approach is not possible today for a variety of reasons.”

Hubbard says he would like to see “NASA and a recommended new advisory group take a very proactive approach toward educating the public about the extraordinary measures being taken to sequester the returned samples and protect the public.”

He added in a bit of understatement, “In the COVID era, this section should be emphasized.”

That sounds like a good idea, but who is going to do it, and do it better than the responses we’ve already seen with the current pandemic?

Then again, if aliens are deliberately sabotaging our planet and then hanging around monitoring us to see how we deal with it, there isn’t a whole lot we’re going to be able to do.

Not that anyone in authority would ever tell us about that was happening.