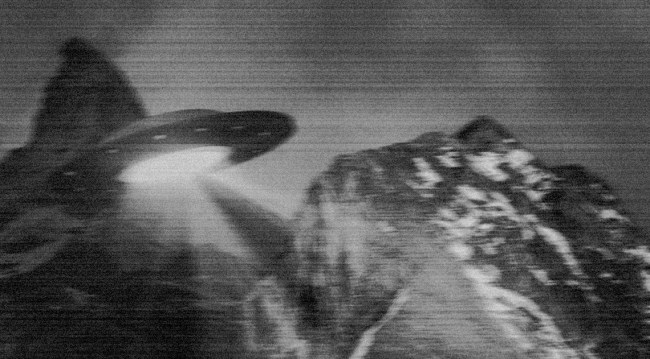 Of course, it might not be aliens flying their spaceships into active volcanoes. It could just be the time traveling humans that a top quantum physicist says use some sort of “metamaterial”. And since they are from the future, they would know about any secret bases hidden inside mountains that were built well past when all of us will have passed away.

This latest discovery comes to us courtesy of UFO and alien expert Scott Waring who received the video from an airline pilot, who said about the footage, “I saw this after the fact while I was seeing how good my new pocket digital camcorder was! Bam, one of the first things I found at five seconds and stopped on my large screen, it looks like a tic tac UFO.”

Hmmm… Where have we seen that specific scenario played out before? Oh, right. 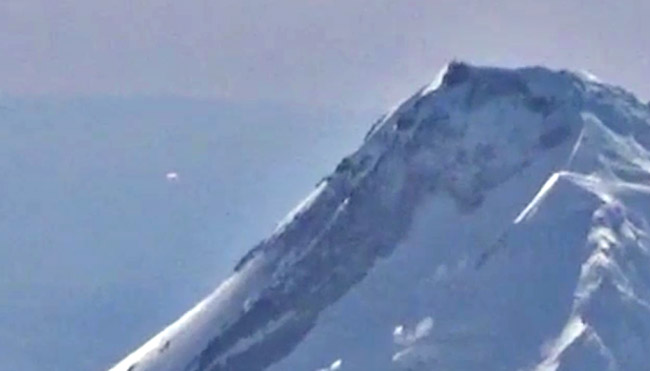 Waring writes on his website, “This is a great video of a UFO entering the peak of Mount Hood. The eyewitness recorded this from a plane and wanted to test out the camera. They didn’t even see the UFO until they got home and looked at the video later.

“The video clearly shows a glowing disk in the distance moving slowly towards the top of Mount Hood and then disappearing.

“It has been long thought by UFO researchers that such high mountains and volcanoes are being used as entrances to underground alien bases, because the peaks of such places are rarely visited by humans. Thus aliens have the seclusion and privacy they want.”

Looks awfully similar to this, doesn’t it? 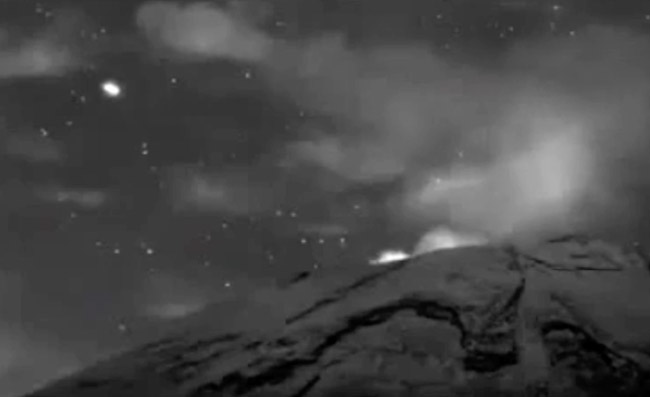