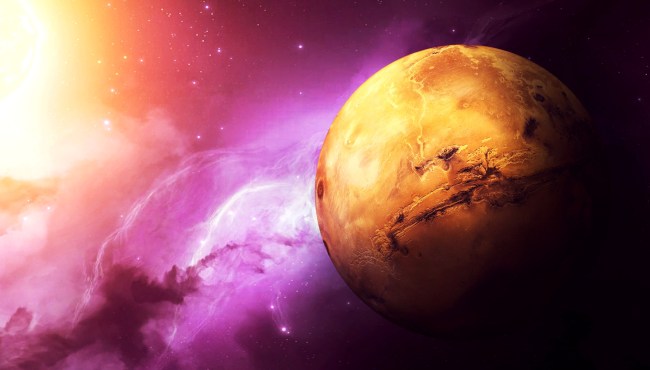 The number of locations in our galaxy where UFOs and signs of alien existence have been spotted continues to grow by the day.

We have seen them numerous times near the Earth’s sun, passing by the moon, on the surface of Mars, around the International Space Station, and perhaps most frightening, in Michigan.

Now, the Daily Express reports researchers have claimed in a recently published paper in the Journal of Astrobiology and Space Science that they spotted “thousands of mushrooms” in NASA Curiosity and Opportunity rover images of Mars.

“Four independent investigators have reported what appears to be fungi and lichens on the Martian surface, whereas a fifth investigator reported what may be cyanobacteria,” the researchers stated. “In another study, a statistically significant majority of 70 experts, after examining Martian specimens photographed by NASA, identified and agreed fungi, basidiomycota (“puffballs”), and lichens may have colonized Mars. Fifteen specimens resembling and identified as “puffballs” were photographed emerging from the ground over a three day period. It is possible these latter specimens are hematite and what appears to be “growth” is due to a strong wind which uncovered these specimens–an explanation which cannot account for before and after photos of what appears to be masses of fungi growing atop and within the Mars rovers.”

They did say, “It is important to stress that there is as yet no definitive proof these are, or were, living organisms,” but this is big… and yet to be explained.

“There are no ‘analogous terrestrial’ processes which can explain the unique and uniform morphology, size, colour, thin hollow stems, and collective skyward orientation of these mushroom-shaped specimens, or the seasonal fluctuations and increases and replenishment of Martian oxygen, other than biology,” researchers added.

“That these may be living organisms ‘can be reasonably inferred through reference to analogous terrestrial’ organisms; although if they are in fact alive and biological is unknown.”

On top of that, UFO and alien expert Scott Waring recently found what he believes to be the remnants of an alien life form on the surface of Mars in another NASA rover photo.

“I found this strange sculpture on Mars today, at least I think its a sculpture, it very well could be alive. But photos only tell us a little bit about things on Mars, we need video to verify movement. Also the fact that there is no trail in the dirt around it would seem to verify that it’s a statue,” he wrote on his website. 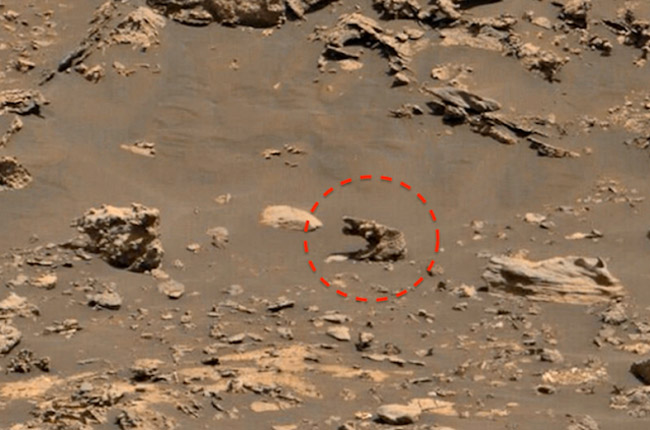 “The object I found seems to resemble an elephant sitting down, but has a short trunk. This statue is about half a meter or the size of a medium dog. Of course there is the possibility it’s a fossil, that it’s an animal that died in that location and position.”