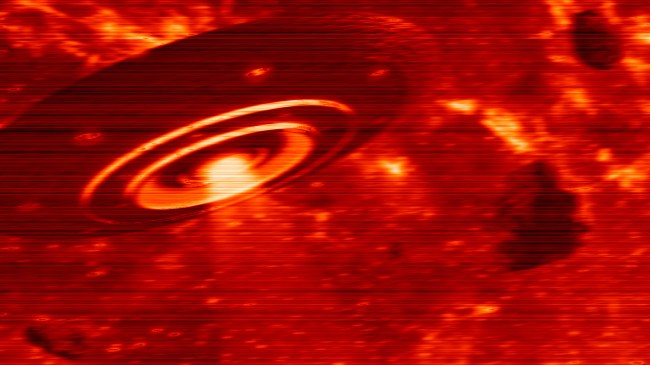 It certainly has been a busy past couple of weeks for those in search of the truth regarding UFOs and the existence of aliens.

Between the Pentagon finally releasing some “verified authentic” videos of UFOs, Japan suddenly planning to “establish procedures” for handling UFO encounters, and Former Senate Majority Leader Harry Reid admitting Congress used a “black budget” for studying UFOs, we are slowly but surely inching closer and closer to finding out the truth.

Not that the United States government had much choice in the matter of late. Gone are the days when news involving aliens and UFO sightings were only transmitted to the populace via radio, television or newspaper. With advanced technology now being so widely available to the masses, the government can no longer just dismiss people and say their claims are crazy.

With UFOs “uncloaking” during a NASA live stream from the International Space Station and unidentified spacecrafts spotted exiting a Mexican volcano all caught on video, the cat is officially out of the bag.

That belief was further reinforced last week when UFO and alien expert Scott Waring spotted what appears to be an alien spacecraft traveling at a high rate of speed near the Earth’s sun.

“When I was looking through some NASA satellite images of our sun, I noticed that something shot past the SOHO satellite,” Waring explains on his website.

“The object was relatively close so it probably wasn’t much bigger than the satellite itself, but look at it move. This object is just sailing past at incredible speeds.

“The object could be a UFO or even one of the alien entities that often shoot around the satellite. The entities I’m talking about are usually circular and often have curved trails which is impossible for a natural object in space to have a curved trail… unless it’s intelligently controlled.

“This particular object here looks like a UFO was checking out the satellite and accidentally got caught on video for a split second.”

This is far from the first time an alien spacecraft has been believed to traveling near the Earth’s sun. In fact, Waring noticed what he believes to be an “alien space station” orbiting the sun back in March.

Also, on September 11, 2018, Maria G. Hill of Salem, Indiana made an incredible discovery when she captured numerous large disk-shaped UFOs as well as a huge fleet of smaller UFOs near our sun.

Really, at this point the main question has to be whether all of these UFO sightings are occurring because aliens are monitoring our planet, be it to see how we deal with the coronavirus they may have unleashed or for other reasons, or whether these UFO sightings are actually the result of humans who have time traveled back to our time from the future or even from a parallel world?