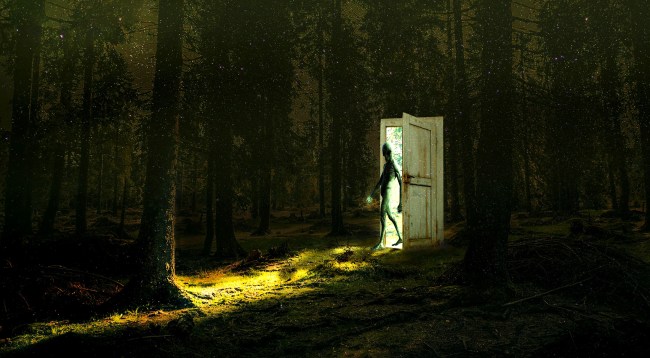 All but confirming what we already believe, a new study has revealed that there are 36 different “active” alien civilizations in the Milky Way galaxy that may be trying to make contact with Earth.

Researchers at the University of Nottingham, led by Professor of Astrophysics Christopher Conselice, recently released the results of the study in The Astrophysics Journal.

“There should be at least a few dozen active civilizations in our Galaxy under the assumption that it takes 5 billion years for intelligent life to form on other planets, as on Earth,” Conselice stated in a press release. “The idea is looking at evolution, but on a cosmic scale. We call this calculation the Astrobiological Copernican Limit.”

The Copernican principle states that humans, on the Earth or in the Solar System, are not privileged observers of the universe.

Lead author Tom Westby explains further, “The classic method for estimating the number of intelligent civilizations relies on making guesses of values relating to life, whereby opinions about such matters vary quite substantially. Our new study simplifies these assumptions using new data, giving us a solid estimate of the number of civilizations in our Galaxy.

“The two Astrobiological Copernican limits are that intelligent life forms in less than 5 billion years, or after about 5 billion years – similar to on Earth where a communicating civilization formed after 4.5 billion years. In the strong criteria, whereby a metal content equal to that of the Sun is needed (the Sun is relatively speaking quite metal rich), we calculate that there should be around 36 active civilizations in our Galaxy.”

There’s one problem, however.

We’re not smart enough yet to figure out how to communicate back.

In other words, we just simply don’t have the technology to communicate with civilizations 17,000 light-years away.

“Our new research suggests that searches for extraterrestrial intelligent civilizations not only reveals the existence of how life forms, but also gives us clues for how long our own civilization will last,” added Professor Conselice. “If we find that intelligent life is common then this would reveal that our civilization could exist for much longer than a few hundred years, alternatively if we find that there are no active civilizations in our Galaxy it is a bad sign for our own long-term existence. By searching for extraterrestrial intelligent life — even if we find nothing — we are discovering our own future and fate.”

It’s quite the Fermi paradox. Or is it the Drake equation?

Either way, two things are all but certain: (1) if aliens do in fact actually exist, we’ll probably just kill them all, and (2) …