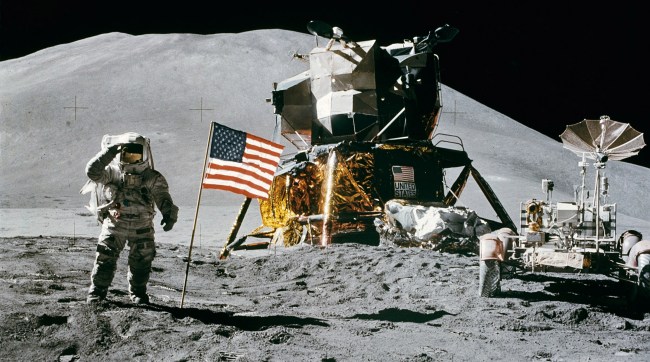 With aliens obviously monitoring Earth to see how we’re handling the virus that they may or may not have unleashed on the population to weaken us and see how we deal with it as well as them closely observing this past weekend’s historic manned NASA SpaceX launch, one might wonder how it is that they are able to keep such close tabs on the happenings of our planet.

Well, in addition to hiding themselves and their spacecraft in secret bases under the sea and in active volcanoes around the world, they also have nearby bases located on Mars, on the moon, and an “ancient alien city” on the planet Mercury.

The latest proof of alien existence, once again on our moon, comes to us today from UFO and alien expert Scott Waring, who has spent the past several days analyzing photos from NASA’s Apollo 15 mission – the fourth American space mission to land on the moon.

He described what he discovered on his website in two seperate entries, the first being headed by the title “100% Proof Of NASA Taking Images Of Alien Structures On Earths Moon.”

I was looking in the old Apollo 15 mission photos when I came across this huge structure. The building is about half a km long and looks like a recently used base. I say recently used because the other structures near it are 90% covered in a thick layer of moon dust. The other structures are also white, but only a faint outline is visible of them. I can make out about ten other semi visible structures in these photos, but it does take a lot of experience to get your eyes use to focusing on the right details. I often only point out the highest detailed structures to insure the readers can also see it, but today I will circle the others to show you a bit more. 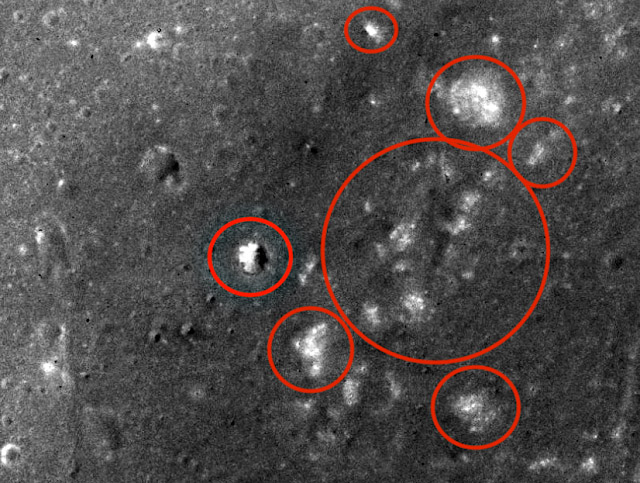 This is proof that NASA has a secret goal for the Apollo missions…to map out alien structures and possible locations of alien tech retrieval sites. 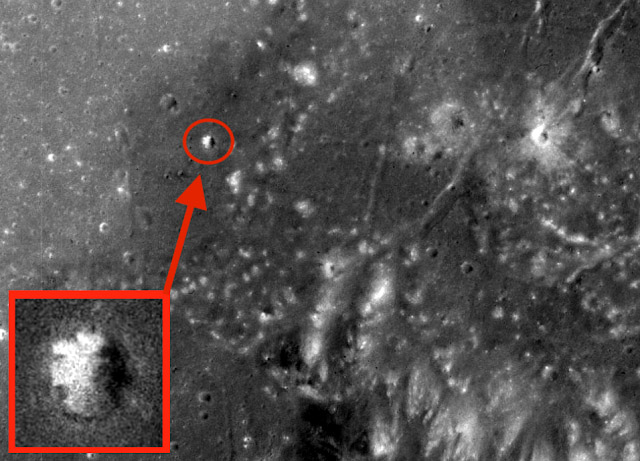 His second discovery was published on the same day and it appears perhaps even more definitive than the first.

Hey everyone, I found a black dome structure on the moon today. The dome looks tinted and dark with nine small back circles on its outer edge and a bright white reflection on its top. In the video I compare the appearance of this dome with some rocky craters nearby so that you can see the detail and the difference. I did add a little contrast to it to make it stand out, and stand out it does.

It seems obvious to me that NASA is going out of their way not to report such discoveries to the public. Its a shame really. This kind of news would really excite a lot of astronomers and cause them to awaken into a new reality. Much like Covid-19 did to the people in each country as it spread…because the public once believed that such a pandemic would be impossible…and yet, the human race has changed their perspective on that very fast. Thats how disclosure of intelligent aliens would be…but it would not kill people or frighten them as much.

With today’s advanced technology and people now watching closer than ever thanks to the pandemic and the recent launch of the SpaceX Crew Dragon, there is little doubt that at some point the powers that be will have to reveal all.