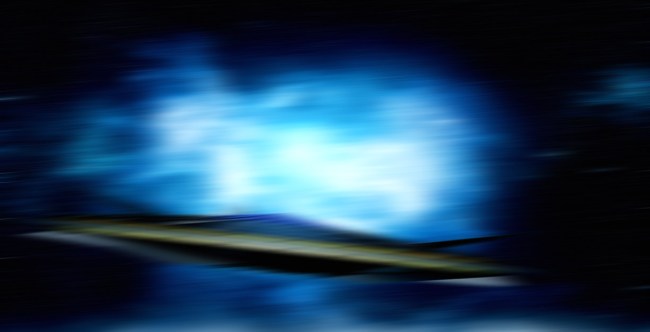 With technology advancing faster than the United States government can keep up, everyday citizens are now able to capture compelling footage of UFOs without even trying.

Which is exactly what occurred when one woman located in Ojai, California recently happened to check the surveillance footage on her home security camera.

According to UFO and alien expert Scott Waring, an eyewitness to the UFO sighting shared with him how it all went down on his website.

“This video was caught by my friends home surveillance camera at appx. 3:00-3:30 am,” the person stated. “First, in the surveillance footage there is a very bright and large flash of light. Directly across from her home in a dried out river bottom that did not have any power lines street lights or any kind of electronic equipment in the area that it was observed in or at least to our knowledge.

“After the bright flash that was a second or two long, a bright blueish white orb appears from no obvious location. The orb ascends slowly over time towards the sky. While it is traveling upwards toward the sky you can observe the tint of the sun rise begin to shed light over the horizon it’s very clear that the suns light is only affecting an area that the orb is no where near. There is a distinct difference in the light from the sunrise and the orbs light it is giving off.

This particular UFO sighting took place on May 19, 2020 and was submitted to UFO investigation firm MUFON under case number 108954. 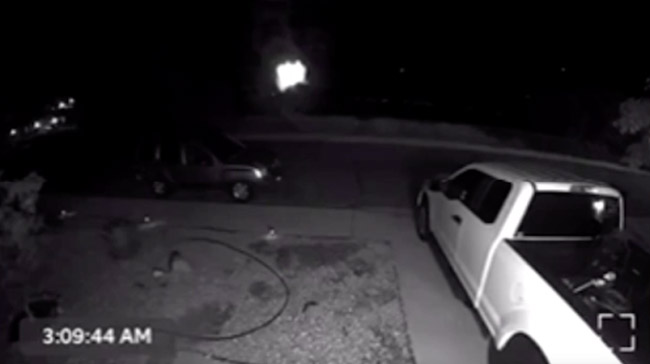 Waring went on to elaborate and explain what he believes was spotted on video.

“Here is some cool raw footage of a security camera in Ojai, California that shows an glowing entity in front of the camera and then in a few minutes a glowing UFO moves upwards into the sky,” he wrote.

“This is infrared, that means even if the UFO is cloaked, the camera would catch it.

“As you see, this strange glowing entity hovered in front of the camera an then the UFO was seen in the distance flying away.

“The UFO flew off right before sunrise so it wouldn’t get noticed by humans.”

While what he says may be true, it doesn’t, however, mean that aliens were piloting that particular spaceship, in their continuing effort to monitor how the human race is handling the current pandemic that they may or may not have unleashed on our planet.

It could have just been a craft piloted by time-traveling humans using a ‘metamaterial’ to reach speeds upwards of 19,000 mph, which is why they are able to disappear so quickly.

Either way, one thing is for certain…