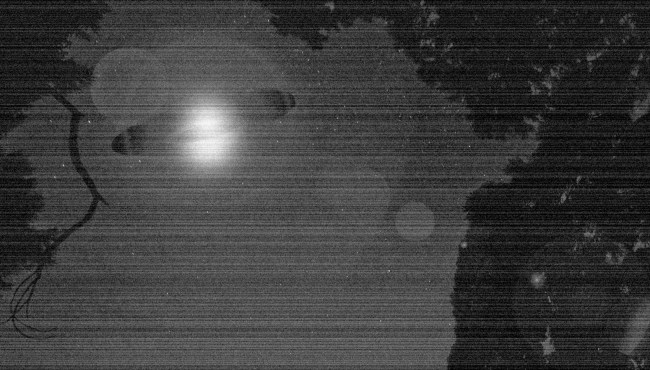 “The times they are a-changin,” Bob Dylan sang back in the 1960s. Little did he know that NASA’s Apollo missions of that time were going to stir up so much controversy with regard to whether or not the United States government is hiding knowledge about the existence of alien life.

Those six spaceflights, in which twelve men actually walked on the moon, opened Pandora’s box and 50-some years later, with technology having advanced so far that civilians can now truly investigate the thousands of UFO and alien sightings that have been reported over the past several decades, the U.S. government is now slowly, but surely, beginning to come clean.

Now that the Pentagon has finally admitted some videos of UFOs taken by U.S. Navy pilots are “verified authentic” and Former Senate Majority Leader Harry Reid admitting Congress used a “black budget” to study UFOs, we are finally beginning to inch closer to the truth.

Newly declassified documents have also been released now, which contain specific details about eight separate incidents between June 2013 and February 2019 in which Navy pilots had encounters with UFOs.

The hazard reports, as they are called, were released through a Freedom of Information Act (FOIA) request by the website The Drive after the Navy admitted it does have additional “top secret” footage of the USS Nimitz pilots’ UFO encounter, but refused to release it.

…these are the only eight hazard or flight incident reports covering naval aviation encounters with unidentified objects, balloons, and any other similar objects anywhere that appear in the Web-Enabled Safety System (WESS) Aviation Mishap and Hazard Reporting System (WAMHRS), according to the Naval Safety Center. This is immediately curious given extensive previous reports, including from The War Zone, citing Navy pilots, on and off the record, who have said that these kinds of sightings over the Atlantic were occurring frequently between 2014 and 2015.

One report stated that a UFO “passed within 1,000 feet” of one of the Navy F/A-18 jets, but that the pilot “was unable to positively determine the identity of the aircraft.”

Not at all suspicious.

On top of that, the same Navy pilot reported that he “attempted to regain visual contact with the aircraft, but was unable.”

All eight of these incidents occurred off the coast of Virginia and North Carolina in a region known as the W-72 warning area.

Not surprising since North Carolina has proven to be a hotbed of UFO activity of late.

While none of the Navy pilots in these newly released reports could identify the craft they encountered, the Navy did state that these UFOs posed “a significant mid-air collision threat.”

The most recent incident report that was obtained by The Drive occurred in February 2019 reported seeing what they believed to be a “red weather balloon” despite the fact that none was scheduled to be airborne at that time according to aviation officials in the area.

The Drive also points out that an “encounter with one craft that the Navy has now officially released a video of was not in these reports.”

Assuming they do not belong to the U.S. government, the fact that they are being deployed in such sensitive airspace seemingly unimpeded is a far larger national security concern than it may seem at first glance. It is not the Navy’s job to police America’s airspace, it is the Air Force’s. So far, the Department of Defense has been all but silent about the Air Force’s involvement in these events. We have posed a number of specific questions about these facts to the Defense Department, but have gotten totally stonewalled in a remarkably rude manner.

Copies of all eight Navy UFO incident reports and a full explanation of each can be viewed here.