Did This ‘Alien’ Craft Spotted Over Australia Get Misidentified As Space Debris? Expert Says It Did 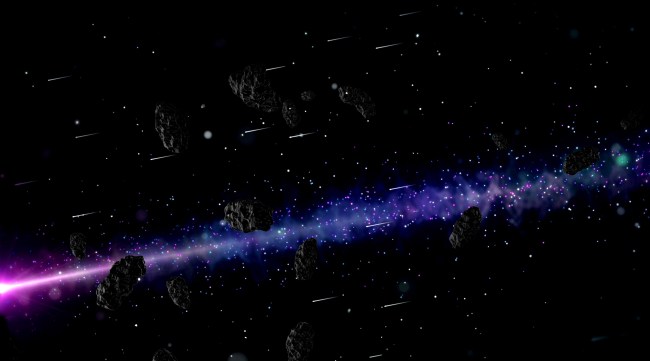 Back in early May, a massive Chinese rocket fell uncontrolled back to Earth at thousands of miles per hour and almost everyone on the entire planet was unaware that it was happening, even as it zipped by right over their heads.

A few days ago, in southern Australia, it was more of the same as yet more space debris (of which there is so much it could eventually hinder our having any chance to venture out into space) went flying visibly overhead displaying a fiery trail and leaving local residents in a state of confusion and in some cases, panic.

At least that’s how it was reported. But was this UFO really space debris?

According to RT.com, emergency services in Victoria, Australia were flooded with calls by citizens worried about what they were seeing, many thinking that a plane was about to crash or had just been shot down.

Others wondered if the long-anticipated alien invasion was finally happening. (Especially since aliens may have been monitoring us this whole time to see how we handled the pandemic they may or may not have caused.)

Feels right that the next step for 2020 is alien invasion...

Authorities claim that what people really saw was the “remnants of a rocket used to launch a Russian satellite into orbit,” according to Australian media outlet The Age.

“What gives it away as being a space junk [rather than a meteor or comet] is that it’s come in at a very shallow angle, so that means it world have been a very low Earth orbit and just re-entered the atmosphere and started burning because of friction,” stated Perry Vlahos, vice president of the Astronomical Society of Victoria.

Of course, that is pretty much what one would expect the people in charge to say, right?

UFO and alien expert Scott Waring disagrees, however. He viewed the footage and stated on his website that what people saw in the Australian sky is deliberately being misidentified.

“A glowing light moved through Earth’s atmosphere and was seen across southern Australia for several minutes,” he stated. “The unique thing about it is that it was horizontal…because it wasn’t falling. It was going to an underground base somewhere in the Australian desert. The glowing light showed no signs of falling to Earth, which would be impossible for any space debris, which is much too light to accomplish such a feat. Australia’s outback is a hotspot for UFOs and this is one of them! Don’t believe the disinformation trying to make you believe it’s space debris. This is 100% alien in origin. Look closely at the center of the glowing object…it’s round…like a disk.”

He’s not kidding, either, when he talks about Australia’s outback being a hotspot for UFOs.

Heck, even legendary actor Russell Crowe has said he’s witnessed a UFO in the skies over the land down under.