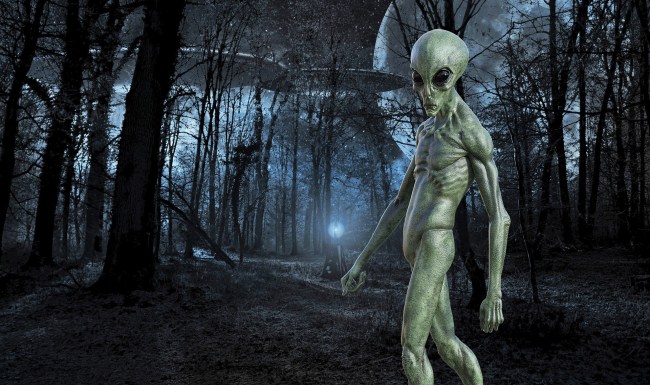 Remember this name: Jason Wright. Why? Because Wright, an astronomy and astrophysics professor at Penn State, published a research paper in 2017 in Cornell University scientific journal arXiv called “Prior Indigenous Technological Species” in which he claims advanced alien life forms may have once existed on Earth.

In his paper, Wright discusses, as he puts it, “the origins and possible locations for technosignatures of such a prior indigenous technological species, which might have arisen on ancient Earth or another body, such as a pre-greenhouse Venus or a wet Mars. In the case of Venus, the arrival of its global greenhouse and potential resurfacing might have erased all evidence of its existence on the Venusian surface. In the case of Earth, erosion and, ultimately, plate tectonics may have erased most such evidence if the species lived Gyr ago. Remaining indigenous technosignatures might be expected to be extremely old, limiting the places they might still be found to beneath the surfaces of Mars and the Moon, or in the outer Solar System.”

So what does that extremely scientific word salad mean? Wright breaks it down.

“Given that it is known to host complex life, the most obvious origin for a prior species of any sort is Earth,” Wright wrote.

“Present-day Venus would seem to be a terrible candidate for a technological species, with a surface temperature over 700K,” he continued. “Although when it comes to alien life we should keep an open mind about even this.”

The Daily Express takes it from there.

The astronomy expert added that although the ancient aliens may have left the planet, evidence of the existence called “technosignatures” may have survived underground.

However, he admitted most of the physical evidence would now be lost.

On Venus, for example, the global greenhouse arrival may have resulted in a resurfacing of the planet.

While on Earth the movement of tectonic plates and subsequent erosion could have destroyed any remaining evidence.

The researcher did suggest, however, it might still be possible to recognise such technosignatures even if the physical evidence is destroyed.

Wright also stated, “Structures buried beneath surfaces might survive and be discoverable as long as they do not suffer a collision so severe that their artificial nature is obliterated. Merely destroying them would render them nonfunctional, but they might still be recognizably technological. We might conjecture that settlements or bases on these objects would have been built beneath the surface for a variety of reasons, and so still be discoverable today.”

Wright may not be right (sorry, had to), but then again, he may not be so far off.

Some day we will know for sure because…