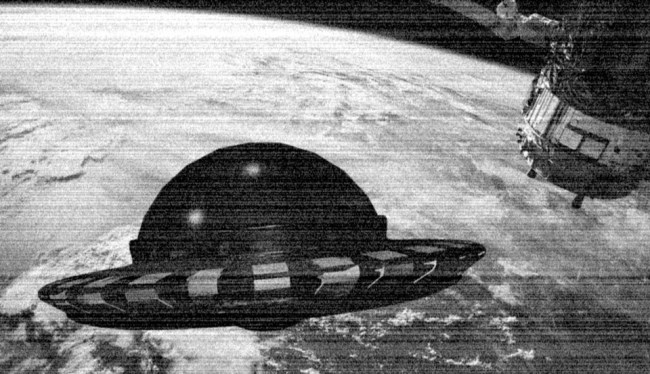 One of the most popular locations aliens purportedly like to monitor and study when it comes to humans and Earth is the International Space Station. UFO sightings on NASA live streams occur time and time again around the ISS. Which makes sense, it is the one place in outer space where there is constant human activity that the alien crafts would think they would go the most unnoticed.

It is the largest artificial object in space, after all, and there is just a crew of six people living and working on the 357-foot long satellite. So it’s certainly understandable why extraterrestrials would find it so fascinating.

One of the many people who monitor such activity around the International Space Station is UFO and alien expert Scott Waring. Waring, perhaps the most prolific alien hunter on the internet, has witnessed numerous UFOs monitoring the ISS over the years and has even gone so far as to declare with 100% certainty that NASA and Russia know aliens visit the station.

On June 1, 2020, Waring observed yet another Tic Tac UFO on NASA’s live stream from the ISS and wrote about it on his website.

I was watching the live cams and noticed this strange tictac shaped UFO moving across the screen. It was followed by another smaller UFO.

They moved at the same speed and they seemed to be watching the space station. 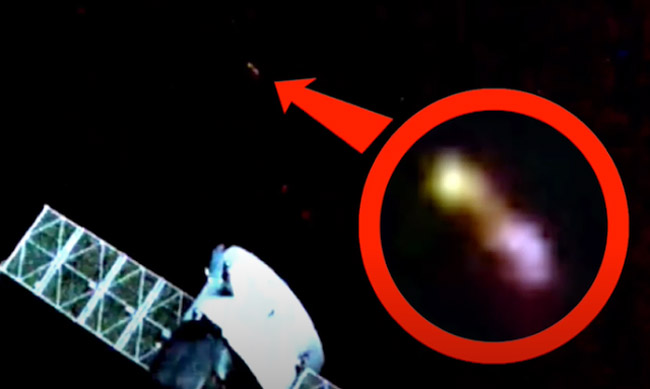 It’s clear that the astronauts on the space station are not the only ones doing research up there in earths orbit.

The aliens see our whole species as a science project to be watched over and monitored carefully.

People like former NASA scientist, James Oberg, who used to work in Mission Control, would like everyone to believe that many UFO sightings similar to this one are nothing more than “a bunch of space dandruff” — i.e. ice flakes, paint chips, insulation fragments, or other small pieces that have been shed from the ISS.

Many of the viewers of the video Waring captured last week, however, beg to differ.

“It looks like that ” Bio-UFO” that looks like a worm in ours skies.I never saw one in space though,” wrote one viewer.

“Oh man. That really is something unexplainable… What could you possibly say that was? I’m sure NASA would come up with something!” commented another.

“That’s ours… we’ve had a deep space force for years bud!” stated another.

Are any of these folks correct in their assessment of the video or should we just believe what the government would like us to believe?