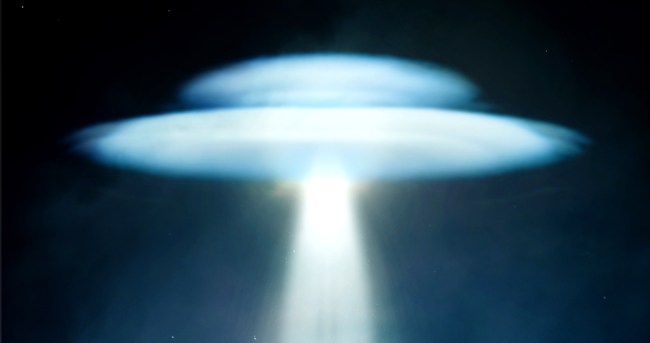 With the recent launch of the SpaceX Crew Dragon, combined with the ongoing pandemic that may have been caused by something extraterrestrial in nature, American citizens have have been behaving with a heightened awareness for noticing unusual phenomena.

So when a mysterious white orb, a common sighting when aliens are monitoring things on our planet, appeared in the sky, hovering over the North American Aerospace Defense Command (NORAD) base located inside Cheyenne Mountain in Colorado recently, it garnered some serious attention. Of note, UFOs are often seen entering and exiting mountains, particularly active volcanoes.

This particular sighting comes to us from an eyewitness who says they were out on a walk in Colorado Springs, Colorado on May 21, 2020. They reported that they were able to take some video of the strange white orb as it hovered in the sky, but said that it disappeared shortly after he stopped recording.

UFO and alien expert Scott Waring, who received this video from the eyewitness, expounded on the sighting on his website.

Here is a great example of a white cloud orb flying low in a cloudless sky. The orb has no way of hiding and is easily seen moving above the trees. The eyewitness states that a NORAD military station is nearby, but from what I have heard, NORAD is use to ignoring UFOs on the radar. These orbs are white when they are 30 meters or further away from you, but when they are 2 meters from you they have a pearlescent surface that moves ever so slowly.

Mulitple commenters on the video expressed that they too had experienced similar sightings.

“I had one of those hover above me in Utah and I filmed it,” reported one viewer.

“Do we know the actual date he filmed this? On May 18th I saw a formation of five, highly reflective objects in Colorado. I was driving so couldn’t film,” expressed another.

“Logically I would say it was a plane or helicopter but it looks round and white and the fact that it’s near a military base does make me think. A good sighting,” wrote another who was a bit more skeptical.

Unfortunately, there is very little that can be attributed to logic when it comes to UFO sightings such as these.