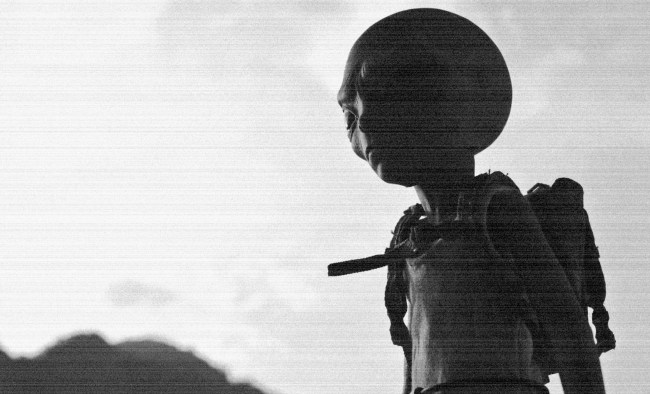 If there was ever any doubt that advanced alien life forms may have once existed on our planet, I think that was put to rest this week when a new study revealed 36 active alien civilizations in our galaxy may have been trying to contact Earth.

Mix those two things in with alien hunters discovering numerous “hot spots” for UFO sightings including off the coast of Greece, multiple active volcanoes, the International Space Station, Mars, and the moon, and it’s just a matter of when, not if, the government will have to come completely clean with what it knows.

Speaking of the moon, prolific UFO and alien expert Scott Waring once again made another startling discovery this week while studying a photo taken by NASA.

“I found a structure in a NASA moon photo the other day,” Waring wrote on his website. “Then I saw another and then another.

“There are some incredible structures I found here…about 40,” he continued. “I did see many more, but the detail was so poor on these I decided to leave them alone. Check out the alien ships at the top center of the photo. Mind-blowing.”

“What does all this mean? It means we are not alone in the universe and never were. It means there are intelligent species out there, but they are either keeping their distance or they are hiding themselves among us…making a profit from us.”

He explained further what he discovered in a video.

As Waring points out, unlike man inside the government, “I work hard, but I work for free. I do this to help humanity raise their level of awareness of those things around them.”

“With all the interference on the internet there should be a Nobel Award for citizen disclosure and enlightenment,” responded one commenter.

“Thanks Scott for bringing all your findings to us and trying to open people’s eyes to just what is really there!” wrote another.