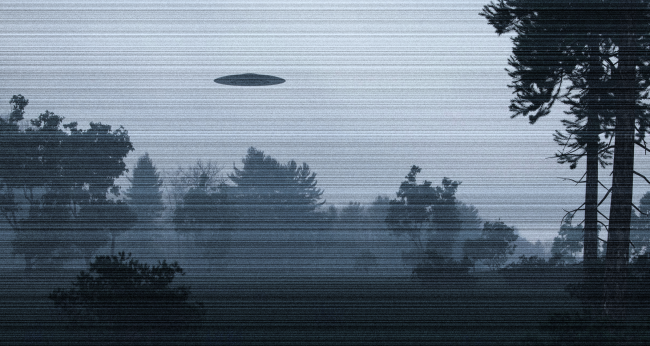 Retired meteorologist Jack Bushong was working for the National Weather Service (NWS) when on the night of March 8, 1994 he saw something very unusual lighting up his radar: numerous UFOs “coming together and coming apart” to form a larger UFO.

Bushong wasn’t the only one who saw something in the sky that night. According to NBC affiliate WOOD, the Ottawa County emergency dispatcher was getting a lot of calls, over 100 people reported seeing the strange lights in the sky over Holland, Michigan, including a few police officers.

Audio of the conversation between Bushong and the dispatcher can be heard below.

Worried after finding out that his phone call with the emergency dispatcher was recorded, he figured he was going to be known as a “kook” when, with his job, he is “supposed to be a scientist and skeptical.”

Bushong was seeing images on his radar that corresponded to what people were calling in from the ground. He had to control his radar by hand to zero in on the sky south of his station in Muskegon.

“Oh my God, what is that?” the recorded dispatch call captured him saying in a startled voice once he had zeroed in.

He said he went through his mental checklist about all the weather phenomena and technical glitches he knew about and what he was seeing didn’t fit any of them.

He saw what appeared to be solid objects “coming together and coming apart.”

“Moving about 20 miles in each jump,” he recalled. “They were hovering, then jumping. Hovering and jumping.”

After watching them for a while, they appeared to be forming a wide triangle that moved out over Lake Michigan. He said they looked solid.

Jack Bushong says there were some people at the NWS criticized him and dismissed what he claims to have seen, but WOOD reports that even then-U.S. Rep. Gerald R. Ford of Grand Rapids once wrote a letter calling for congressional investigations after a number of UFO sightings in Michigan in the 1960s.

“NWS didn’t want to become the UFO reporting center for the United States, so that’s really why they really had to duck and cover for this one,” he told CBS affiliate WWMT in 2020.

He said as he was watching the object, it stopped and started hovering. “And then it shot up, about 5,000 feet, then 10,000 feet I was getting it, just straight up,” Bushong said. “At this point, the police officer was saying that he was seeing the same thing with that same object.”

Bushong also stated that when he called the FAA control tower at the Muskegon County Airport, an air traffic controller there admitted to seeing three aircraft in formation off in the distance that didn’t have any transponder code.

Fast forward almost 30 years and the United States government finally released a UFO report which confirms what many have long suspected: for decades, there have objects flying in our skies that not even the government can explain.

“I guess I’ve been waiting for this vindication which I didn’t think I was going to get all my life,” said Jack Bushong.

“But now with the, basically, military coming out and saying the same thing I saw 30 years ago, I can finally say to people, ‘I told you so.'”

Bushong says he is considering writing a scientific paper about his experience back in 1994.