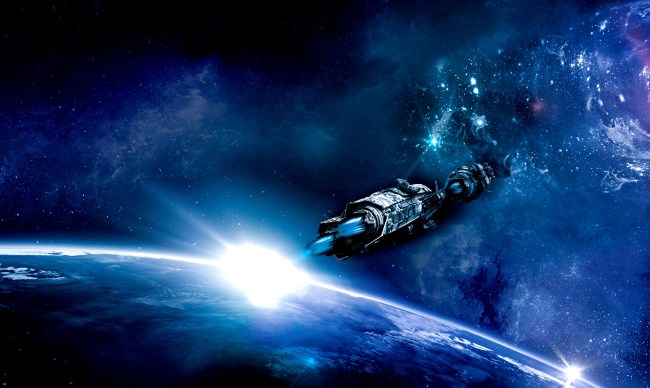 The New York Times just dropped some HUGE news in the world of UFO and alien studies, specifically regarding the Senate Inteligence Committee’s recent request for comprehensive, unclassified government reports on UFOs.

This was an unprecedented move with regard to what the report on the bill called a government-led “Unidentified Aerial Phenomenon Task Force.”

In 2017, The New York Times disclosed the existence of a predecessor unit, called the Advanced Aerospace Threat Identification Program. Defense Department officials said at the time that the unit and its $22 million in funding had lapsed after 2012.

People working with the program, however, said it was still in operation in 2017 and beyond, statements later confirmed by the Defense Department.

The program was begun in 2007 under the Defense Intelligence Agency and was then placed within the office of the undersecretary of defense for intelligence, which remains responsible for its oversight. But its coordination with the intelligence community will be carried out by the Office of Naval Intelligence, as described in the Senate budget bill. The program never lapsed in those years, but little was disclosed about the post-2017 operations.

The Advanced Aerospace Threat Identification Program’s previous director of 10 years, Luis Elizondo, is, according to the Times, part of a group of former government officials and scientists who are “convinced that objects of undetermined origin have crashed on Earth with materials retrieved for study.”

Eric W. Davis, an astrophysicist who worked as a subcontractor and then a consultant for the Pentagon UFO program, also told the Times that he examined materials that “we couldn’t make it ourselves.”

Davis, who now works for defense contractor Aerospace Corp., also said he gave classified briefings to a Defense Department agency just this past March in which the retrieval and examination of “off-world vehicles not made on this earth” were discussed.

Former Senate Majority Leader Harry Reid, who earlier this year admitted Congress used a “black budget” to study UFOs, told the Times that after looking into the programs he believes the government has UFO materials in its possession.

“After looking into this, I came to the conclusion that there were reports — some were substantive, some not so substantive — that there were actual materials that the government and the private sector had in their possession,” said Reid, who also said he believes, the Times reports, “crashes of vehicles from other worlds had occurred and that retrieved materials had been studied secretly for decades, often by aerospace companies under government contracts.”

Marco Rubio, the acting chairman of the Senate Select Committee on Intelligence, recently told CBS Miami, “We have things flying over our military bases and places where we are conducting military exercises and we don’t know what it is — and it isn’t ours,” adding, “Maybe there is a completely, sort of, boring explanation for it. But we need to find out.”