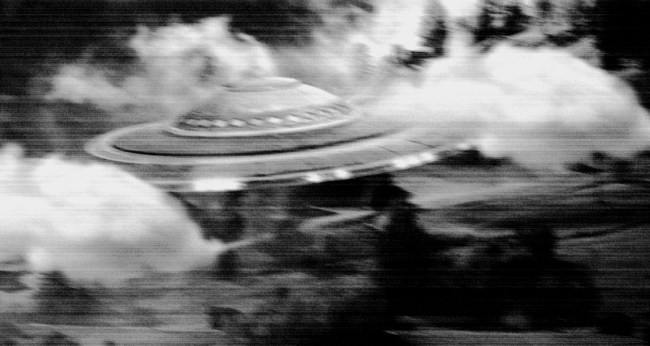 Go ahead and stick a pin in St. Kilda beach on New Zealand’s South Island because we have got yet another mysterious UFO sighting on our hands.

This time a photo found on Google Maps in one of the lands down under shows what appears to be some sort of alien craft hovering in the sky over the Pacific Ocean.

The image in question was recently brought to light by prominent UFO and alien expert Scott Waring who noted that the object suspended in the air over the water was spotted using Google Maps’ street view function.

“This just came into my email today,” Waring wrote about the strange photo on his website. “Luke sent this in and found a UFO using Google Earth Map online version.

“The UFO looks like a fat disk, thicker in the upper and lower middle. The object is metallic in color and has no wings and nothing to indicate that it might be a balloon, drone, plane or anything.

“The object is in extraordinary focus and the air around it seems to be warped as if its propulsion system is altering the air temperature or static.”

Several viewers of a video Waring created to further examine the photo were left gobsmacked by the image. 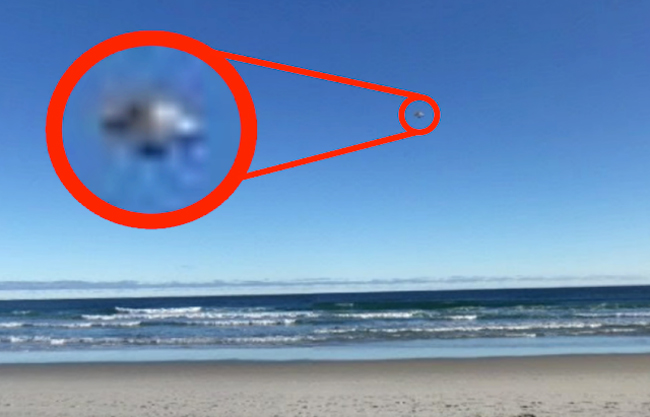 “I think it’s a strong possibility that we r living in stimulation. Even a high-fi game,” wrote one commenter.

“Regarding the FOV, you mentioned the “UFO” over the ocean traveling away as you turn the picture. “As we turn, it looks like it flies away.” @ 1:33. When you look at the woman in front of the man’s shadow, she’s further away at direct view then expands closer when in the peripheral; she doesn’t move, firmly planted. The plane/drone/whatever doesn’t move, and using that woman as a reference point, the claim is supported. That object could be anything, but clearly it is way out over the water. Although, some drones have 3mi distances (unless you’re military +1000mi), so it could very well be a drone. Who knows, but COOL video 🙂 thumbs up!” wrote another.

“I wonder how fast this thing was traveling – faster than the eye could catch or was it hovering and cloaked to the human eye? I just don’t know, but the mystery is exciting,” Waring added.

This is far from the first time Google Maps or Google Earth has been a solid resource for alien and UFO hunters like Waring.

A fleet of UFOs off the coast of Greece, an alien base in Indonesia, an alien abduction near Fiji, as well as secret Area 51 tunnel openings (perhaps UFO hangars) were all also discovered by alien hunters over the past year using this common tool.