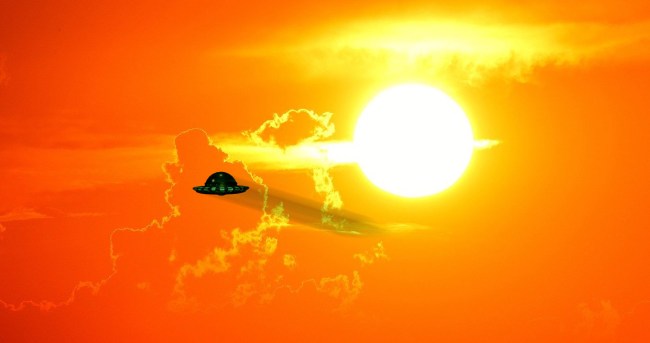 As we have learned over the past several months, there are numerous clandestine locations both on our planet as well as out in our galaxy where aliens make their bases as they continue to monitor the goings-on here on Earth.

In addition to Puerto Rico being a potential UFO and alien hotspot, off the coast of Greece, multiple active volcanoes, the International Space Station, Mars, and the moon, and now, the sun are all locations where alien bases appear to be located.

This latest discovery, by prolific UFO and alien expert Scott Waring, occurred as he was perusing some recent images taken by NASA’s Solar and Heliospheric Observatory (SOHO) satellite. 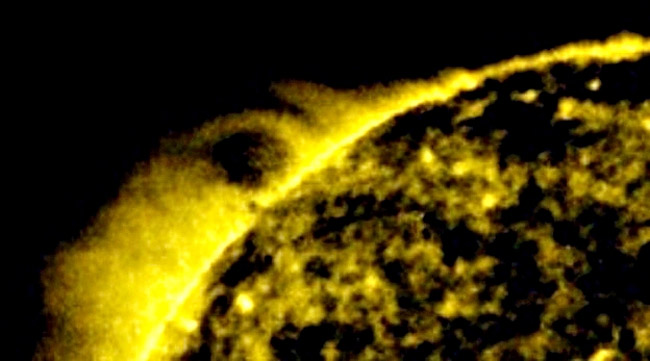 “I caught a giant black orb exiting our sun on SOHO images today,” Waring states on his website. “The images are actually from June 27, but are still seen as current for some unknown reason. The black sphere is over 25X the size of the earth and sits there for a few hours before it shoots away.

“This is certainly one of the biggest spheres seen near our sun in a while.

“Now it’s certainly possible that this is sun mantle material that is being pushed out, but if so it should be glowing an still burning to some degree, but it’s not.

“So there is a big chance that his black sphere is actually a alien ship or space station that was occupying a hollow space within our sun and then was seen exiting.

“I call it hollow sun theory, and it answers a lot of our burning questions of why UFOs are seen around our sun and leaving our sun so often.”

“Could it be a cube UFO leaving our sun?” Waring asks.